As the saying says, every ending is really just a new beginning. Working as an Ogallala Commons Community Intern has been a huge stepping stone for me in life. As a teenager in the small Baca County my opinion was often over looked because, well, “I’m not old enough to have a valid opinion”. Since beginning my internship for OC I learned many great assets and one of those was people skills. As an Ogallala Commons Intern I was pushed to attend and present at meetings such as the county commissioner meetings. 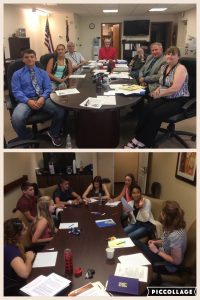 Through my OC internship I learned all twelve of the key assets very well. For Education we have six schools around the county. For Health, Springfield has a hospital, Walsh has a clinic and Springfield also has a vet clinic. For Leisure and Recreation, we have several swimming pools, a golf course, museum, library and so many other things. For History, well we have a ton of it and it can be seen everywhere you look. Sense of Place, you can find this everywhere, whether it is sitting down at the ‘Liars Table’ at the Campo Cafe and hearing a different story from the usual guys every day or just walking into any building in Springfield and immediately getting treated like you belong here. With the Water Cycle we have excellent underground water systems. Art and Culture, we have so much art in Baca County, in Campo alone we have three amazing murals. We have so much wildlife in Baca County ranging from Prairie Chickens to the amazing Rocky Mountain Sheep. When it comes to soil, I think we have fairly good soil as most of the crops from Baca County are very healthy. For Foodshed we have the grocery store in Springfield and a grocery store in Walsh along with a couple Farmers Markets that pop up every once in a while. With Renewable Energy we have a few wind towers up. Last but not least we have Spirituality, my all time favorite asset. Spirituality is a big deal in Baca County even though most of the people here don’t even know what it means. Everybody here is somehow connected to everybody else, it doesn’t matter if they are friends or family, we all know each other somehow. With everybody knowing everybody here, this means that we all also know everything around Baca County. If I were to make a map of Baca County, it would have a line drawn from one person to everybody else, connected to everybody would be lines drawn to everything. Think of it as a dream catcher. We are everywhere.

Along with the key assets, I also gained a better work ethic. I repainted the swings and the bathrooms at the park. At the playground Alex and I fixed up the school playground to make safer and look better. We also grew a community garden and all of the produce was given to the Campo school cafeteria. There were also many other things that I did during my internship. My favorite job during my internship was job shadowing at the Boise City Animal Hospital. During my two weeks at the animal hospital I learned so much that will help me in my future endeavor becoming a veterinarian. From my summer internship, I learned that we all have something we are meant to do, but we should all continue helping make our communities better. 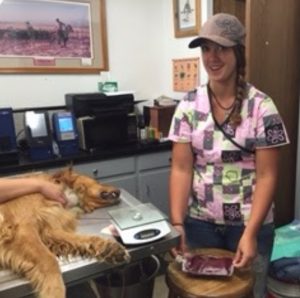 I have also presented my harvesting ceremony in front of three different audiences. 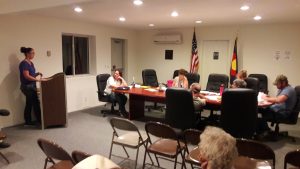 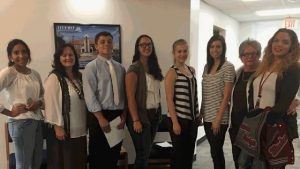