For the past 2 years, I have been living in San Antonio to attend UTSA for my architecture degree. Now that it’s summer, I am back home living in Seguin and since I’ve been gone the city has grown drastically. When I mapped the city out looking for its commonwealth assets, the first thing I noticed was new buildings that weren’t there two years ago. And they weren’t just restaurants or stores, but public areas to gather and bring the community together. I was walking through one of the recently opened parks and ran into a former city director that used to be in charge of improvements to the downtown historic district. She noticed me studying the new public library that was being built across the street and we talked about how the new library is a major asset to the community and how it is like glue for a city. Along with a new public library, Seguin is about halfway done with a brand new high school. The best way to encourage growth in a city is to improve public buildings, and a public library is a great start. On another side of town, what used to be an empty lot is now a skate park with a water pad, soccer field, and basketball court. When I passed by this park, it was surprisingly full of people. I never knew something as simple as a park could have such an impact on a community. So after roaming around Seguin, I came to the conclusion that this city has a need to grow and an important factor of growth is improvement of public areas. A good community grows from the inside, out. Instead of constantly building suburbs on the perimeter of the city, we need to learn to live closer and more involved in the community. 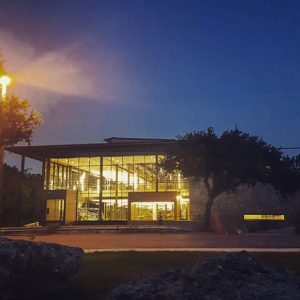 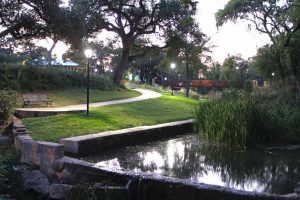