I have written a couple community common wealth blogs about my hometown and university communities however, I have not written one about the Santa Ana Pueblo.  Santa Ana Pueblo is the home base of the Notah Begay III Foundation (NB3F).  To give a little background to those who may not know about NB3F, the foundation is set up with the goal of focusing on combating type 2 diabetes and childhood obesity in Native American communities.  NB3F is accomplishing monumental changes in the lives of thousands of Native American children.  The home base of such wonderful work in my mind is crucial, and Santa Ana Pueblo provides a locality that contributes greatly to the work. 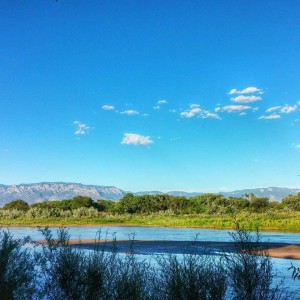 Two common wealth assets that I would like to share about Santa Ana Pueblo is to deal with history and health.  Before coming to work with NB3F I did not know much of anything of the Santa Ana Pueblo.  What I have learned now, is that Santa Ana Pueblo has a vibrant community, and am happy to share in a few words that vibrancy.  The pueblo is located in the bosque of the Rio Grande River that is filled with beautiful cottonwood trees and all other beauties that come with living near a river. 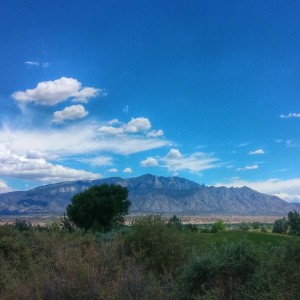 The Santa Ana Pueblo believe that their history originates from four previous worlds and are now in the fifth world.  In more recent times as late as the 1500s the Santa Ana Pueblo were placed under Spanish rule.  During the 1700s the pueblo survived the smallpox epidemic as well as other epidemics.  Surviving what might have been utter destruction provides a history of survival and endurance.  Now at present day in 2014 many of the Santa Ana Pueblo people are leading healthy lives looking forward to a bright future for future generations.  I had the opportunity to visit the pueblo at various points and have witnessed the efforts being made to improve and maintain the health of the children in the pueblo. While focusing on the children’s health it is apparent the community as a whole is greatly being impacted as well.  This history and health is the environment that establishes where NB3F’s home  base is located.