This past summer of 2014 flew by. After going to the training in Texas, it seems like the past couple of months were a blur. All of the interns at the Notah Begay III Foundation were constantly on different schedules it seemed like. The projects we completed were mainly presentations and events. Many of the events included the golf camps held in Albuquerque and Gallup, NM. One was a charity event and NB3 himself was able to attend. Overall the summer was very busy. We started off by doing a couple of golf camps that were held at a course called Ladera. At the beginning of the summer, there were many kids who showed up to the camps but over the course of the past few months the numbers dwindled which only meant we had more one on one time with each kid. It was very fun learning each of their names and a little about them. Most of them ranged from ages 6 to about 12. Many of them aspired to be successful students and loved learning about the nutrition portion included. After the golf camp I would head out the San Felipe Pueblo and help out with the soccer program. The program was held in the afternoon so it was very hot and we had to encourage all the kids to drink a lot of water. There were soccer balls and nets provided. We set up cones for various skill-building games and often participated with them. They were very energetic and it was difficult to keep them focused. We had to often times change the games up and come up with variations. A very big part of the internship focused on this class that was based on the media and event planning. The teachers were from a company called iRoots Media. They focused on resume building, advertisement techniques, and the film industry. One of the main projects we completed was developing a Public Service Announcement. We went to a film school up in Santa Fe and used the equipment. The final product should be available on YouTube soon. Another project we worked on outside of these events was a newsletter. We each chose our own topic and was able to write a paragraph or two on the subject. I chose tea drinking and the benefits of this habit. It was fun and I learned quite a bit about different teas, which can be very complex. The presentations we did over the summer were probably the most beneficial because first I have a very difficult time presenting but doing this got me out of my comfort zone and I was able to overcome some of my fears. One of the greatest parts about this summer was being able to see the pueblo of San Felipe. The people were absolutely amazing and many of them were very appreciative of what they had. I am very grateful that I got to work in such a great community. I am also very lucky to get such great supervisors, Peou Lakhana and Clint Begay. They are both intelligent and dedicated to what they do. I look up to them and hope that I am able to adapt their people skills as well as their compassion. As for my fellow interns, it was a fun summer working with each and every one of them. Thank you to all the people who work in Ogallala Commons for giving me this opportunity and I hope there is continual growth and learning about each community within the regions. 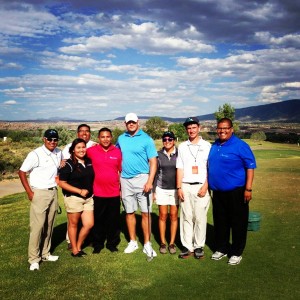 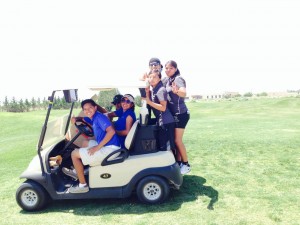