My time thus far with the Rocky Mountain Farmers Union has been spent at their summer junior and senior leadership camps as a counselor. Campers travel from all over the great plains as far as Illinois to participate in the week of education and fun. The campers are instilled with “farmers union spirit” almost immediately with the use of games, songs, dances, and crafts. The camps were paired with a co-op themed curriculum allowing campers to better understand the role that co-ops play in their lives and how they could be an asset to their community. One of my favorite interactive lessons had the groups brainstorm a real-world problem happening in their town and how a cooperative may help fix the issue. The camp hosted speakers on a variety of topics such as civic engagement, respectful discourse and personality tests. The speakers helped the campers attain a better understanding of themselves and started an internal discourse about who they are and how they want to impact their community. We took a field trip during both weeks to Sprout Community Farms located in a few locations throughout the Denver metro area. The farms are largely dependent on volunteer labor to maximize yields and thanks to the campers, RMFU gave over 70 hours of labor to the camps helping weed onions and mulch potatoes. After my time at the camp, I have been back at the RMFU office in the Denver Tech Center assisting the office with social media engagement for their cooperative partners. 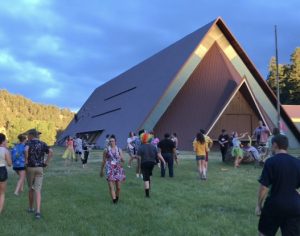 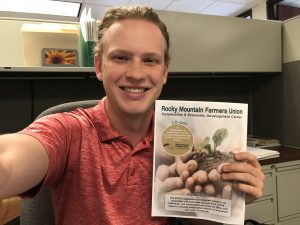