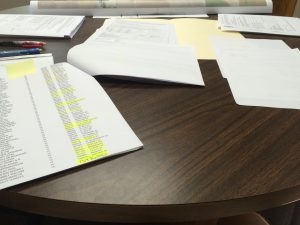 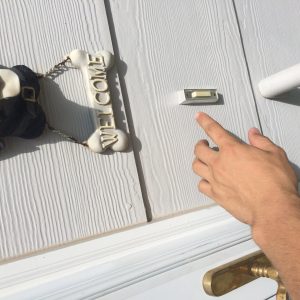 My assignment with the City of Goodland this summer is to be in charge of a survey that was sent out to every house in Goodland. That’s 4,500 surveys. I’m in charge of getting back as many as possible. If I get back enough surveys that hit the qualifications, the City of Goodland can get a grant from the state for community development. This can be used towards anything that has to do with streets, water lines, parks, or anything of the like.

The first day I went into the office to start working, my supervisor, Suzanne, laid a stack of surveys on my desk about 3 inches thick. My job was to look at the account number on the surveys and mark the ones we got back on another stack of papers with all the account numbers on it. I spent my first day doing that and didn’t have much time to do anything else.

The next day I got a tour around the building and met most of the staff. On Wednesday of that week it was the last day that people could turn in their city bills without getting a fee. Needless to say there were a lot of people coming in to pay their bill that day. Because of that, my supervisor and the city manager’s secretary, Tina Wolak, helped me set up a booth in the main lounge. When people would come in I would ask them if they had with them or had turned in their survey already. A lot of the people did neither so I asked them if they would fill one out for me. I had a lot of people, probably around 50, fill a survey out. Because of that, I have to go to 50 less houses and knock on doors to get surveys. That saved me a lot of trouble.

This past week my job has been to knock on every door within the city limits to try and get people to fill out surveys. So far I have been through about 8 of 35 streets and have received about 50 surveys, qualifying over 150 people towards our quota.

The first picture above is the of the paperwork that I am in charge of. The second picture is really cheesy, but its of me ringing a doorbell on a house I visited… Not real sure why its sideways.