Last month, six young adults gathered with OC staff at Talon Point Retreat Center near Channing, TX, to launch the Homecoming Learning Cohort. This pilot group was joined by 3 others who could not make the Retreat–all of them alumni of OC’s Community Intern and Apprentice Program, who are now seeking to increase their place-based skills during a 1 or 2-year time frame.  The goal of the Learning Cohort is to strengthen and increase “home-coming” practices based on five core competencies:

The 12-month learning curriculum includes a bi-monthly Skype call focusing on one of the 5 competencies; as well as 8 coaching calls during the intervening months.  Throughout the process, each Cohort learner will be working on a learning project that contributes directly to their career development, while also demonstrating measurable outcomes that can be documented.

OC’s vision for the Homecoming Learning Cohort is that Community Intern & Apprentice alumni who started out by gaining work experience, can acquire additional skills and knowledge in order to return to their hometowns, or to communities where they chose to become citizen/leaders.  In this way, the Cohort serves a basic tenet of Ogallala Commons’ mission: to reinvigorate communities in the Great Plains region in ways that are socially, ecologically, and economically sustainable. 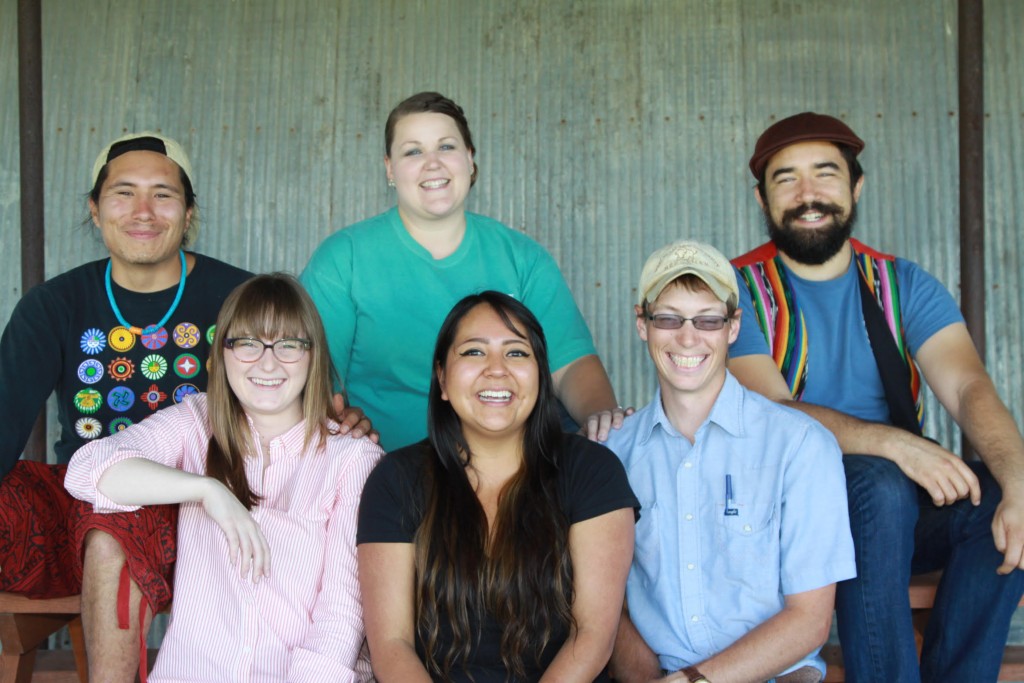 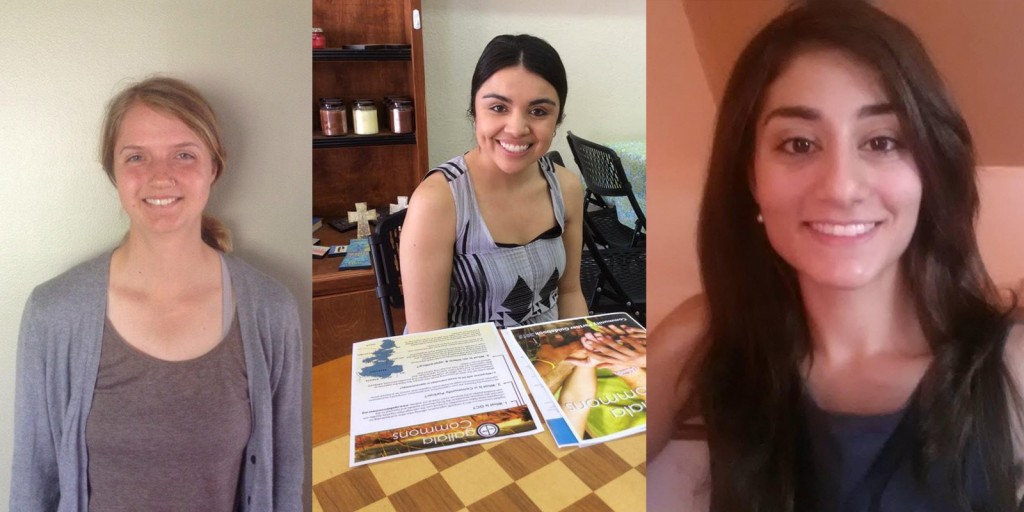 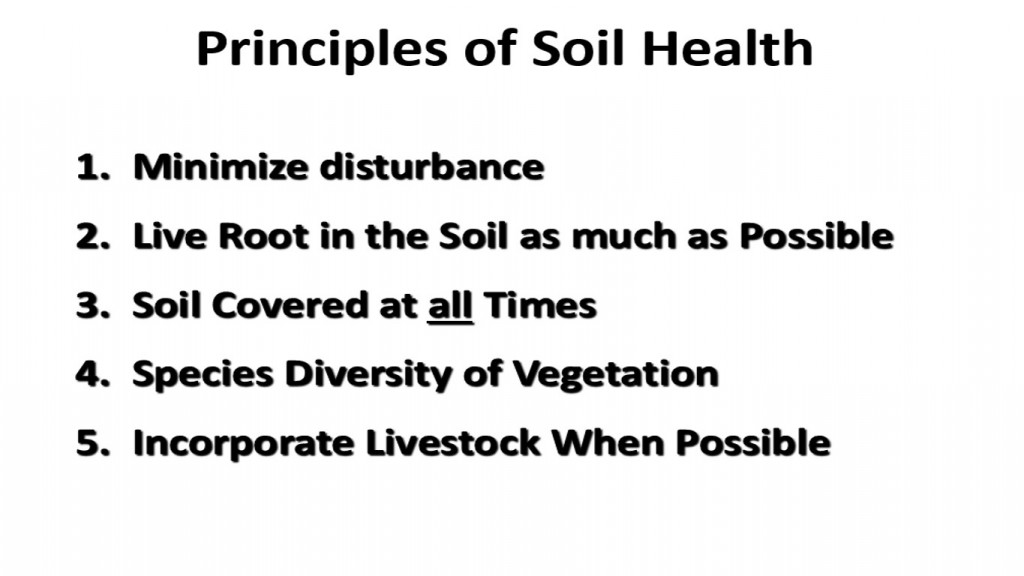 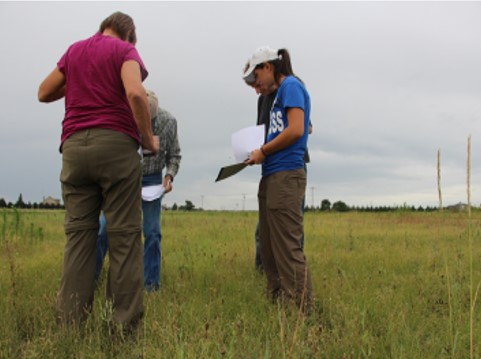 As a result of abundant rainfall up and down the Great Plains & Rocky Mountain regions, this is a perfect summer for anyone to get outdoors and learn about healthy water and mineral cycling on the landscapes.  OC recently conducted two Playa Management Field Days in the Texas Panhandle.  On June 25th at Halfway, TX, a group of 18 landowners, interns, and agency personnel reviewed 5 principles for building soil health (see list above), under the direction of Dr. Tim Steffens, Texas AgriLife Extension Specialist from Canyon, TX. Later, the group learned about dragonflies and damselflies (Odonata) with Dr. Nancy McIntyre from Texas Tech University.

On July 11th, a dozen attendees worked in small teams as part of a “walkabout” to identify a total of 42 plants growing among the native grass uplands and the playa basin at OC’s Outdoor Classroom in Nazareth, TX.  Thanks also to another TTU presenter, Scott Starr, for enlightening us about life forms in the surface water of playas. 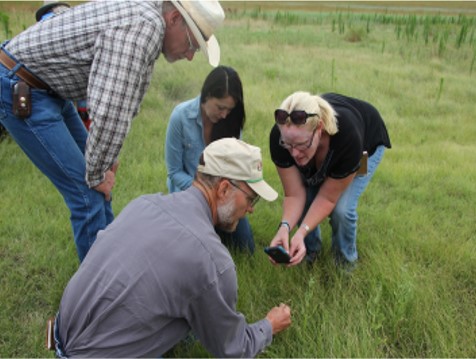 Another successful event was a River Festival that OC Staffer Robert Martin and his team presented to 80 elementary students at Cochiti Pueblo in New Mexico on June 23rd.  Youth learned about the Rio Grande River, plants and amphibians, in addition to how the acequia system sustains Native food production.

These sorts of Field Days are essential education tools for sharpening our knowledge of local plants and deepening “our sense of place” which includes the biological community just as much as the human community. 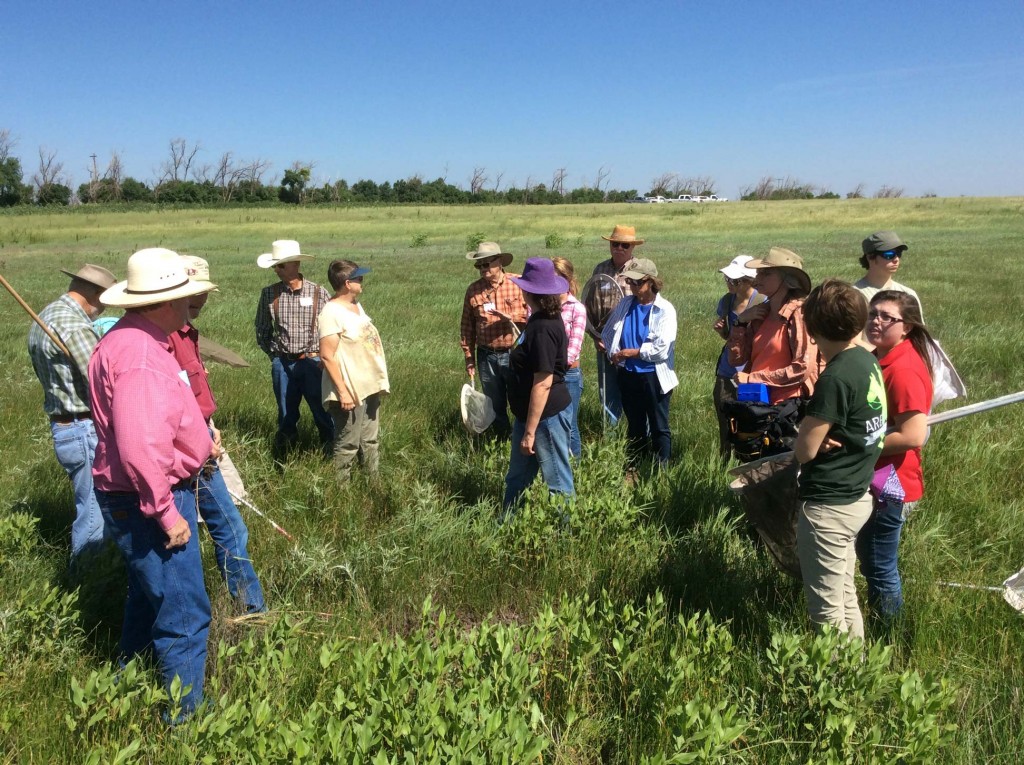 OC board member, Tom Giessel, is a native of central Kansas. Tom is also a life-long farmer and learner. Recently, he learned from his local rural electric cooperative that the largest community solar facility in Kansas was under construction just three hours away. This community idea appealed to Tom, and the electric cooperative, Midwest Energy, has a policy that customers in their territory can buy solar electric panels in the shared solar array and get credit on their energy bill. The clean power produced by the panels Tom purchased (five 305-watt solar electric panels) are estimated to save more than $11,000 in the array’s lifetime in addition to reducing the carbon footprint.

The new venture was a double-win for Giessel, who is also a strong supporter of cooperatives. In an article for Clean Energy Collective, he was quoted saying, “These types of activities and efforts actually pull a community together more and give it a brighter outlook for the future.”

Read the full article at cleaneasyenergy.com

Neal Zelarney is a graduate of Quest University Canada and a Colorado native. During his years of study at Quest, Neal looked at the question, “What is the perfect meal?” His research led him to think about ways to improve the way people eat.
“We critically need solutions,” Neal says, “to many of the environmental (e.g. eutrophication, climate change, and the pesticide treadmill) and societal issues (e.g. obesity and food insecurity) of our food system.” Neal’s long term goal is to create his own business or organization to access the perfect meal through urban agriculture. To that end, he is already actively involved, among other things, as a member of the steering committee for Northeast Community Co-op. Neal is working on his second OC internship, this time for the High Plains Food Co-op in Denver, CO.

Timothy Mitcham is a married father of two children, and he and his wife recently celebrated their 11th anniversary. He is currently a student in the School of Information Technologies at Oklahoma State University Institute of Technology. His studies focus on two options: Network Infrastructure and Information Assurance and Forensics.
Timothy has been in the Oklahoma National Guard for almost six years and has been deployed overseas once. He hopes to use his degrees to build his skills as an Intelligence Analyst in the military, and hopefully continue into a federal intelligence agency. The real life experiences provided by an internship, he notes, will come with “real life challenges and the opportunity to learn from those who have been in the workplace and also the opportunity to teach those who may have no experience with IT what it is and how it helps everyone in their daily life.”

This will be Timothy’s first internship with OC, and he is working with Mvskoke Food Sovereinty in eastern Oklahoma.

Courtney Alexander of Matador, TX, graduated from Motley County ISD in 2009 and headed to college with an interest in Animal Science. She began her collegiate career at Texas A&M, but as her focus within Animal Science became more specific, she transferred to Texas Tech, but was not sure what she would do with the degree she wanted. After taking a year off to decide what degree truly caught her passion, she came up with a surprising answer. During her break, she became a substitute teacher at her old high school and fell in love with education. She returned to school and is in the process of changing her major to reflect this new path. Courtney hopes to use her internship to gain experience in her community’s history and share it with the young students she will teach in the future.

Courtney will be interning with Matador Jail Historic Museum.

Cateline Isely came to rural Cheyene County, KS nine years ago from near Philadelphia, PA. While she has lived in several places, she notes that Kansas is the place she has finally called “home”. Cateline is currently enrolled at Kansas State University pursuing a bachelor’s degree she plans to use to return home and open her own business—a tack shop.

Cateline loves working with horses, and has also written several unpublished novels. She has watched with interest as several artistic ideas launch and succeed in her small town. She and her family raise organic produce and grass-fed cattle in a community that pushes for local, healthy foods and activities that promote healthy living.

Cateline’s internship will be with Northwest Kansas Health Communities Project.

Originally from Mississippi, Bo Wardlow went from training and coaching a local gymnastics team to helping his parents run a construction business where he worked his way up to manager. Then, he answered a call from an online permaculture forum looking for interns. His first internship from March 2014 to March 2015 involved working and living at Bodhi farms, a permaculture-based farm in Las Vegas, New Mexico. After his stay at Bodhi Farms, Bo interned at Synergy Aquaponics in Tuscon. From Tuscon, Bo moved to Mescalero, NM to do some volunteer work at N’de Farm on the Mescalero Apache Reservation.  There, he helps in the garden and farmer’s market.  In Mescalero, Bo hopes to help contribute to making the community more sustainable and self-reliant. This internship will continue Bo’s work with N’De Farm at Mescalero Apache Reservation.