This October I had the privilege to attend the 2017 Impact Conference to learn more in depth about cooperative business models. Previous to the conference I had very little understanding of what a cooperative is and how they function. However, during the first few hours of the conference l learned a lot about how cooperatives operate. The first speaker explained that co-ops are actually much more popular in Europe and are now becoming more popular in America because of the success seen over seas. Over the course of the next few days  was there I learned about tracking your businesses data, finical aspects of co-ops, networking with your partners, and more. The highlight of the trip and  was the cocktail parties however it wasn’t because of the alcohol. The reason I enjoyed the cocktail parties was because of the opportunity to network and ask questions to fellow conference members but also some of the speakers as well.  During these cocktail parties I learned there was a school in Canada that teaches a course specifically for cooperative work, I also learned from a speaker that one can get involved with co-ops through missionary work. I heard so many stories and learned so much just by networking!

While on the trip I had the opportunity to connect with many people and tell them about Ogallala Commons and their mission. I talked with many professionals, fellow interns, and speakers. At the end of the conference I made quite I few good connections!
As a whole, I am so thankful I was able to attend the conference. The experience expanded my understanding and also my networking skills. I definitely walked away knowing I had not only learned valuable information but also had gained some great experience. 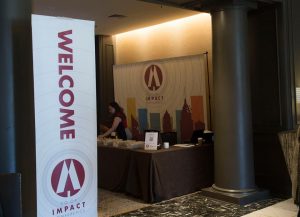 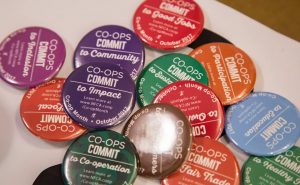