Last night I went to the only grocery store in my neighborhood hoping to find a green pepper, but many of the produce items were missing. This is a regular occurrence that the most basic items are unavailable. It is even more difficult to find local and sustainably produced food. A few residents in Stapleton, my neighborhood of Denver, attempted to solve this problem by asking other natural food grocery store chains to open a new location in the area so that we can finally have access to fresh, local, and sustainable products. However, they all declined because there were not enough “households” in the neighborhood to support their business model.

This is when I became involved in the Northeast Community Co-op (NCCM). The residents that tried to bring in those larger chains decided that the community could build a grocery store and it would serve the 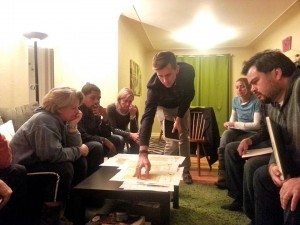 communities needs. This aligned with my mission to allow everyone to have access to healthy, local, sustainable, and culturally appropriate food. I joined the steering committee (the group of committed volunteers that are building the co-op) almost a year ago now and have committed to improving access for the entire community.

For NCCM, I largely worked on membership services and re 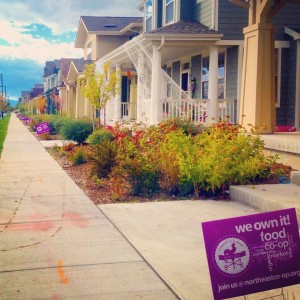 cruiting new members. I developed an entirely automated and online membership system and database, which allows potential members to easily, join the co-op. I also represented the co-op at many events to recruit members. However, the project I have cared the most about is improving access to NCCM for low-income members of the community by writing and receiving a grant to fund outreach into the lower income segments of the community, creating a system to pay for membership in installments, and working with a fiscal sponsor to create a membership subsidy fund. NCCM is an important project to me because my neighborhood needs to be able to access better food. It also provided me the opportunity to learn a great deal because I had to figure out how to set up membership systems, write grants, and everything else that needs to happen in order to open a cooperative grocery store.