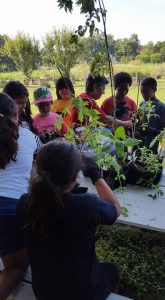 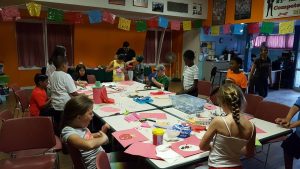 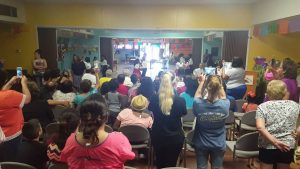 The first two weeks of my internship were a success! Teatro De Artes is a non-profit organization that helps promote Mexican heritage by teaching and practicing traditional art forms. I was given the opportunity to help out at their summer art camp they hold annually. The camp lasted one week, and then repeated the next week with a mix of the same kids and newcomers. Throughout the week from 8AM to 12AM, these kids learned so many things like arts and crafts, gardening, ballet folkorico, and even a little spanish! Groups were separated by age, then rotated to each activity. The picture above to the left shows the gardening instructor explaining to the kids how to plant and the importance of having a garden. The middle picture is the arts and craft table, and the last was the performance that was put on for the parents at the end of the camp to showcase what they’ve learned. You can see all of the kids dressed up and dancing away to traditional Mexican music.

When I first heard about what my role would be, I was a little hesitant. I had never worked with kids before in my life and I had no idea how to handle them. But after the camp started, I felt more comfortable and I really started to like working with kids! Every morning they’re full of energy and always asking questions. After experiencing these two weeks I came to a realization that these camps are a perfect way to preserve and teach culture. The fact that we’re exposing it to kids at this age shows the passion there is to keep traditions alive.