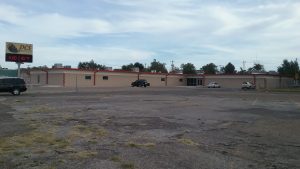 Tell me and I forget. Teach me and I remember. Involve me and I learn.

Though my projects at Panhandle Community Services where mostly writing based—my time here was not spent in some isolated corner bent over a computer. Rather, I moved back and forth between the offices of the Director of Human Resources, Kay Cruse, and the Executive Director, Magi York. In this way, I received a very real and in-depth look at what all it takes to make a non-profit agency run. My takeaways are numerous, and in my opinion, priceless.

Through experience and observation, I learned that both major and minor complications are usually the result of miscommunication.

Director Nancy emails Managers Brenan and Dale asking if one or the other might complete a task. Brenan replies to Nancy agreeing to do the task—he does not “reply all”. In the meantime, Dale does not reply at all, but still undertakes the assignment. When it is discovered that both managers undertook the assignment, they become frustrated with each other as well as Nancy.
In this instance, both time and frustration could have been avoided if Brenan had “replied all” to the correspondence; if Dale had replied, period; or if Nancy had affirmed to both managers that Brenan had accepted the assignment.
Another hypothetical example that demonstrates both the importance of written communication as well as the importance of established personnel policies:
Mr. Max, a manager, is unsatisfied with the performance of his employee, Fred. He thus informs the Director of Human Resources that the employee is to be terminated.
Now, personnel policies dictate that before an employee may be fired, he or she must have first received both verbal and written warnings related to the performance issue. Furthermore, both verbal and written warnings must be documented, dated, and signed by both the employee and his or her supervisor. When the Director of HR looks at Fred’s personnel files, she discovers that there have been no documented warnings or performance evaluations. Thus, Fred cannot be fired until his supervisor performs the required performance evaluations. Fred, is then given a second chance to improve his performance. Furthermore, Mr. Max is reprimanded for his failure to read, understand, and implement the agency’s personnel policies—a failure to acknowledge written communications.

Another vital element I observed was cooperation. PCS is by no means a massive organization. However, the structure of the agency still allows for eight different departments—that means there are no less than eight persons in highly skilled and/or managerial roles. That makes for five program directors, an IT Specialist, a Finance Director, and a Director of Human Resources. ALL of whom must sustain constant communications among each other in order to maintain the agency. Furthermore, all eight of those persons report to the agency’s Board of Directors. That’s A LOT of people with each representing a unique set of qualifications, personal attributes, and opinions. Naturally friction and opposition occur, but this is inevitably in the best interest of the agency as differing perspectives add depth and understanding to any issue. In my observations, tempers do flare and conflict occurs often, but even in the face of conflict, more often than not, people approach each other with ample respect and cooperation.

All in all my time at Panhandle Community Services has been very formative. Through observation and practice, I have learned many skills that will undoubtedly benefit me in the future. 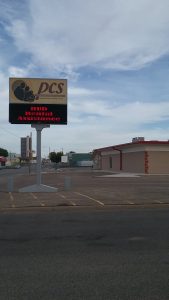