My experience overall was what I expected it to be. I knew what laid ahead of me when I first spoke to Suzanne, my supervisor, and had a pretty good idea of how it would go. I did learn some things along the way though.

To start off with, i’ll summarize what my whole internship looked like.

The week before I started working, Suzanne sent out a LMI survey to every house in Goodland, all coded with the addresses on them. When I came to work a couple weeks later, we started getting surveys in the mail and drop-box and i had to find and highlight the addresses that turned a survey in. That sounds like it would be no big deal but the packet with all the addresses in it was about 25 pages thick and the amount of surveys that had stacked up was the size of a new ream of paper. Needless to say, that took me a few days to complete.

By the time I finished highlighting addresses there wasn’t much to do so I sat around not doing much and waiting for more surveys to come in for a while until the 15th, which is the last day before you get an extra fee for not paying your utility bill ye. We got the idea to set up a booth in the lobby where people pay their bill and have them fill out surveys. We got quite a few from this but nowhere near enough.

After that whole thing I still didn’t have anything else to do so I got to thinking and I thought of an idea. Taking all the addresses from the packet, which were all kind of random, and organizing them onto a worksheet by street name and number and highlighting which ones i had already received. I started doing this because soon I would have to go knock on doors asking people to fill them out.

When I finished I headed out to the West side of the town and worked my way street by street to the East, working all the named streets. This ended up taking several weeks. When I finished with that I was only halfway done. I still needed to do the numbered streets from North to South. That ended up taking me another few weeks. I eventually got it done though.

The whole work experience doing this internship isn’t what i’m going to remember. It’s going to be the friends and bonds I made at the city office as well as with random community members I met for the first time and the ones that I haven’t spoken to in a while.

This experience is one that I’ll never forget. It has definitely made an impact on my life. Working with the people of Ogallala Commons has been a great experience too. Thank you for helping me achieve this. 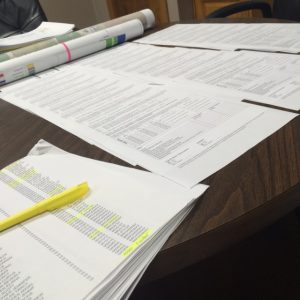 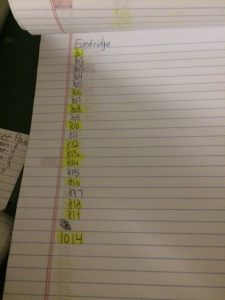 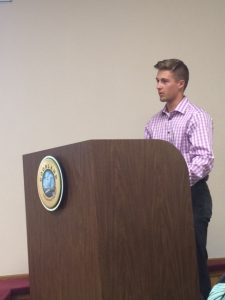