This month has been a busy one as Ogallala Commons staff, board, and interns travel throughout the region representing the organization. This networking and relationship-building is key to the success of Ogallala Commons. Whether it is staying in touch with our partners or meeting with potential interns, the process is an exciting one!

On a warm winter day in Albuquerque, 30 youth leaders from Native communities in New Mexico, South Dakota, and Arizona, gathered for a Native Youth Leaders conference at the Indian Pueblo Cultural Center.  Ogallala Commons partnered with Notah Begay III Foundation and First Nations Development Institute to organize the event, with its theme, “Native Youth Leaders: Revitalizing and Embracing Wellness Through Food.”  The youth were joined by a dozen or so chaperones and presenters.

Main learning features of the gathering were the icebreaker, where youth broke down barriers and networked through “human billboards,” a keynote presentation by Roxanne Swentzell, youth-led Roundtable Discussions, and afternoon activities like Community SnapShot and Rez Café.

Ogallala Commons was honored to learn more about the gifts and challenges experienced by Native American youth, and is moving forward to create 5 Community Internships for leaders who attended the conference.  We are grateful for additional funding from the CHS Foundation to make the February 4th conference a success. 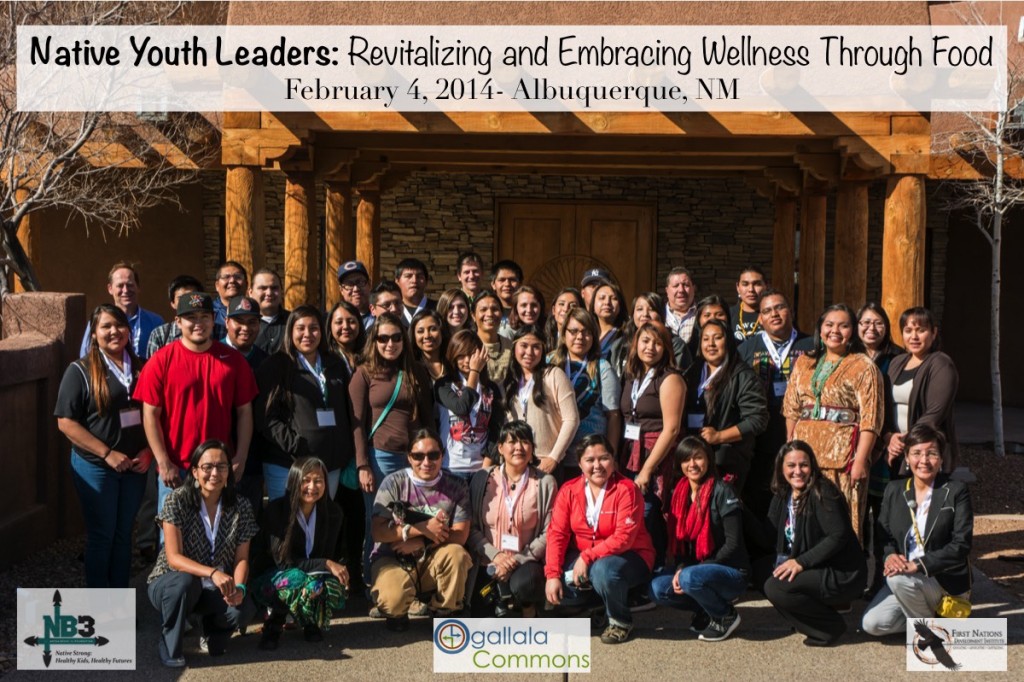 The (Intern) Hunt is On

Ogallala Commons is in full intern-seeking mode! This month, board members Dawn Hampton, Simone Elder, and Tom Giessel attended the Fort Hays State University Career fair to do just that. While there, the OC crew met up with 2011 intern, Scarlett Olsen, who is currently a student at FHSU.

Ogallala Commons’ Community Internship and Apprenticeship Program seeks to help participants explore hometown career options and build their skills in a unique way. By working with local communities and organizations, both the interns and their community partners build up key assets of the commonwealth and learn about the challenges presented in rural communities.

Learn more about becoming a community partner
Apply for an Internship

The CCOC presented opportunities for college students to learn about cooperatives at many levels, including a visit to the headquarters of CHS, Inc. NFU President Roger Johnson, who spoke at the conference, said: “This is an opportunity for the cooperative community to teach young people about cooperative business principles and to show them that there are great careers in these dynamic, ethical and community-minded businesses.”

Read the full press release from the National Farmers’ Union.