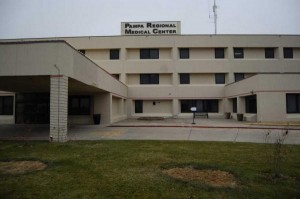 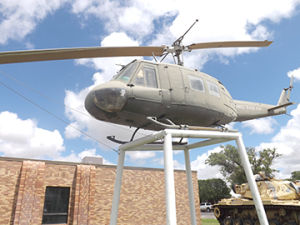 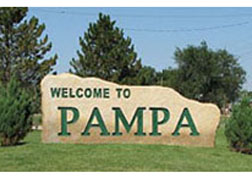 The panhandle has recently invested in wind energy. This is renewable energy contributes to domestic power supply in Pampa, Whitedeer, Panhandle, and Amarillo. By investing in wind energy we reduce the amount of fossil fuels released into the environment.

Unfortunately, Pampa does not have a source of fresh water. We can put spouts on our sinks to “filter the water” but the question stands, how much of that water is actually clean? In order to promote water that could be filtered, our economy needs to use fresh fertilizer to cut down on chemicals.

Pampa has a lot of history. The army museum is one of the most well known historical places. It features planes, old army suits, as well as pictures. School districts in Pampa get to go on a field trip to the museum and have a chance to sit in the planes as well as ask question.  Near one of our hotels there are giant music notes. If sung the notes resemble the popular song “This Land Is Your Land” by Woody Guthrie who came to Pampa at the age of seventeen and began playing the guitar.

Last but not least, Pampa has many ways to maintain a healthy lifestyle. From the Youth Center (which is a gym) to the track at the high school, there are many ways to maintain your fitness and health. We also have the Pampa Regional Medical Center, dental offices, massage therapy, and a women’s clinic.

Overall, Pampa has many great features that make it a fun and exciting place to live. It is steadily growing and it was a great town to grown up in!