“THE FLU PUT THE BAN ON UNION MEETINGS” 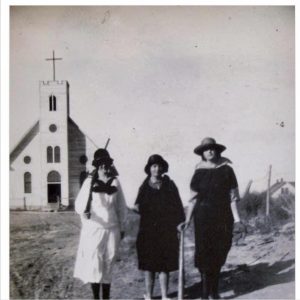 At first glance, one might suspect the title of this blog to be a directive for our current COVID 19 situation. As a matter of fact, the aforementioned headline was published in the October 17, 1918 issue of The Farmers’ Union, the official newspaper of the Kansas Farmers Union.  The following is a transcription of the article:

“The infernal influenza is knocking our plans for holding Farmers’ Union meetings endways, but if it gives us the go-by in every respect we will excuse it for upsetting our meeting. We can rearrange our meeting dates after the pesky thing quits if we are in the land of the living, but if we are stowed away in the great beyond – well; the meetings won’t concern us.
The Flu will soon have run its course and if it misses the union folks in its running, and it will miss the most of us, because we are removed to a certain extent from the conditions and surroundings that invites its presence, we can make up for the time we lost. I haven’t received only a few obituary notices for publication since the Flu made its appearance and sincerely hope I won’t.
But the Union folks aren’t the only ones whose plans are knocked endways by the Flu.  The office seekers and politicians are greatly befuddled as to what to do to promote their political chances, their harvest time is drawing mighty close and here they are resting on their oars, most of them a grouch at that because they think if they don’t get around and see the dear people and tell them how the success of the whole blessed country is depending on their respective elections.”
– Maurice McAuliffe, KFU president 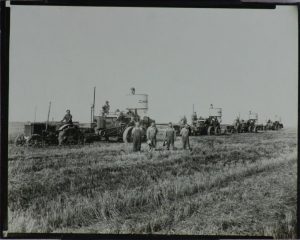 In the following weeks and months, there were several more articles addressing the effects of what was the 1918 Spanish Flu pandemic in the columns of our Kansas Farmers Union newspaper. Many articles appeared in our local newspaper, The Chronoscope, of Larned, Kansas. On October 12, 1918, it was announced, “The Flu closes schools, churches, theaters and all public gatherings.” By mid-October, an official quarantine was in place.  The names of every individual infected by the flu were published on the front page of each weekly edition.  A bright red card with black lettering, informing others of quarantine, was tacked on the front of any residence where the flu was present. The quarantine was lifted on November 3rd, but, by November 15th, put back in place, indicating the order was taken off too soon. Virtually all published obituaries listed the cause of death as “the Spanish Flu, followed by complications of pneumonia.”

Local news articles in regard to the 1918 pandemic continued for months. It is interesting to observe the chronology of the 1918 Flu outbreak on a local level, and relate it to how it might play out today. Pawnee County, Kansas, had a larger population in 1918 than today. Physically speaking, farms in the county were more numerous and closer together than today, but our schools and students [with over 60 country schoolhouses] were farther apart and more widely dispersed. The same could be said in regard to our churches—again, a fair number spread across the countryside, not all clustered in the towns. Social activities and meetings were generally in smaller groups and lower in frequency. Fewer automobiles and lack of good roads kept people at home, in place. A century ago, farms in Pawnee County and across rural America were more diverse, highly self-sustaining and did not rely on outside inputs to the same degree as today. 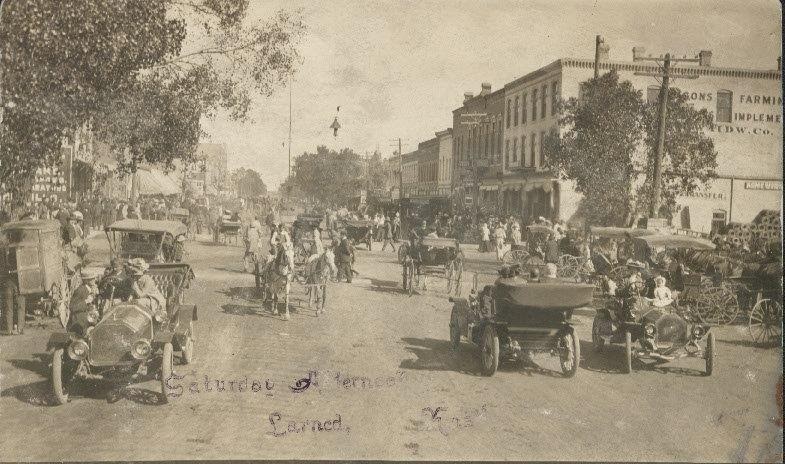 The date on the calendar continues to change, but human nature remains constant. As a society, we tend to make the same mistakes over and over again. But as individuals, we can make a difference in our local communities. We also understand our individual actions have deep connections to our collective societal well-being. Please take extra caution in these challenging times. Our families, neighbors, farms, and communities depend upon how we navigate this challenge. 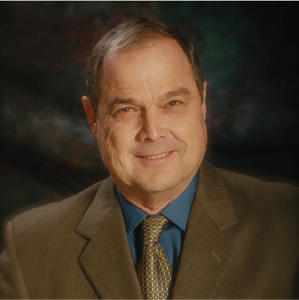 Tom Giessel is a life-long farmer in Pawnee County, Kansas.  He has passion for uncovering and drawing attention to history, and has been a strong member/leader in Farmers Union for over 40 years.