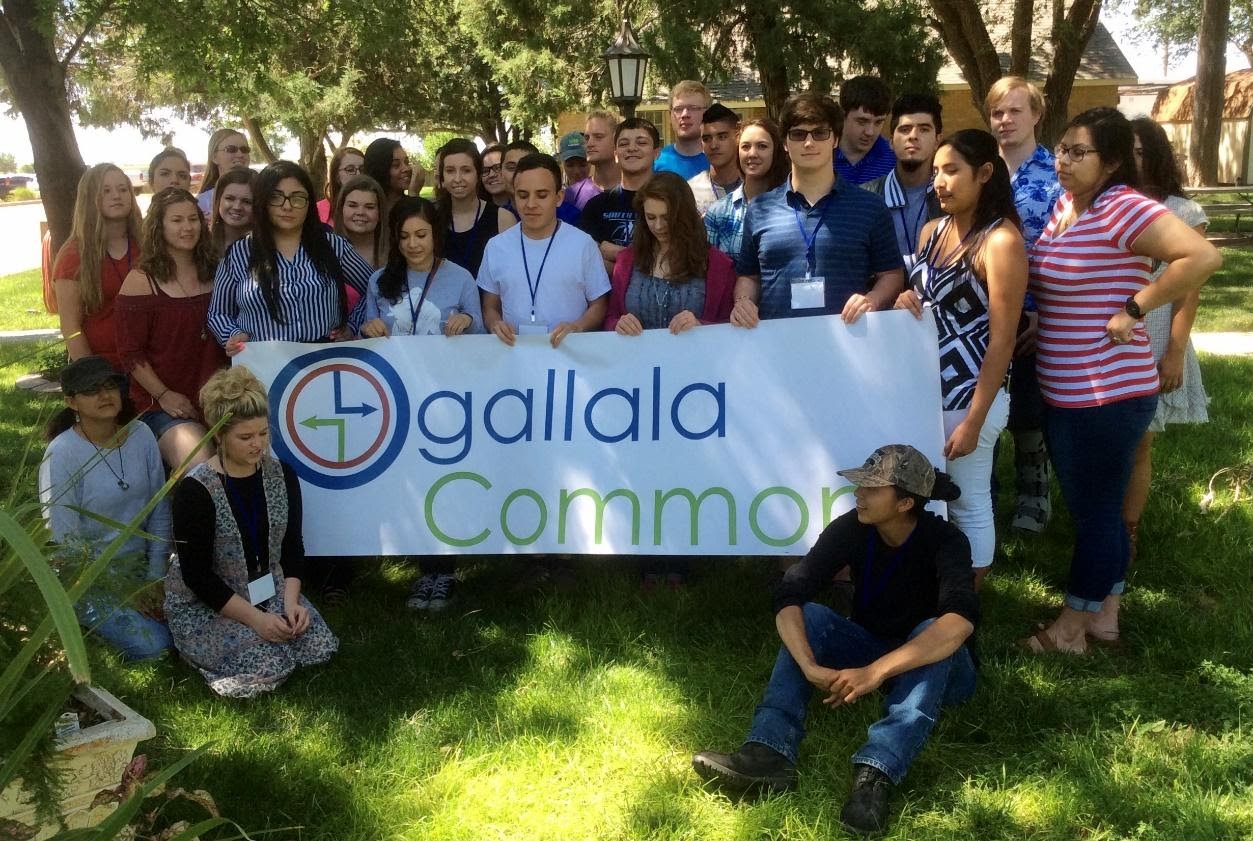 First, I have to say that Ogallala Commons is the rather eclectic group of people who from time to time collect under its banner … like those who gathered for the Orientation Retreat. Interns and supervisors came with little certainty about why they were coming or what they would find there, but they brought the most varied interests and accents and personal histories … and they found something surprising — that they had something in common though it was not necessarily clear what it was. Ultimately, they found a space where they quickly learned they could be comfortable being themselves – quirky and fun, boisterous, serious, focused and anything but focused, and yes, reserved and pensive, too. Interns, partners, staff and funders, OC leadership, and a few fellow-travelers hummed and buzzed and occasionally shrieked; we simmered and marinated in a sauce that was exquisitely planned by, but never controlled by, the OC staff. 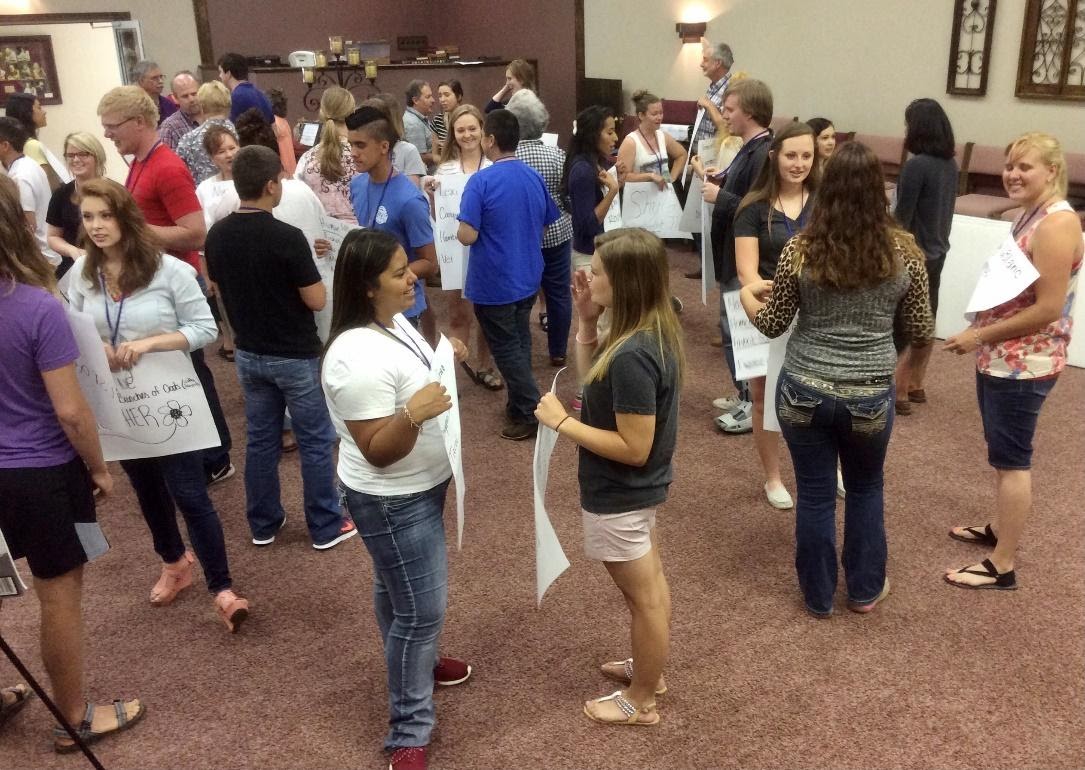 Participating in a “Getting Acquainted” activity at the Retreat
If you spend a day at the Orientation Retreat, or at many of the other OC gatherings, you have an important sense of what Ogallala Commons is, though you may find it hard to put into words. It is those interns and the leaders who encourage them – the future and past — they are OC. If you are reading this, you are also OC.

Ogallala Commons is also an idea – the idea of assets that are collectively owned or commonly held. The idea of the commons goes back to European and New England society where communities owned forests or pasture lands where any member of the community could gather wood or graze their livestock.

For Ogallala Commons, our aquifer is the powerful symbol of the commons. It also represents the dilemma faced by all commons: if everyone tries to maximize his own benefit, we destroy the asset that we all depend on. That is the ‘tragedy of the commons’ debated by economists since the 1830s. It is also the dilemma faced by rural communities of the Great Plains, both above the aquifer and beyond.

The solution to the problem of the commons is enlightened cooperation. The commons asset can be saved from destruction only if owners look beyond their individual interests and agree on strategies to protect the common good.

Working together to solve our common problems – whether below the ground or above – is the foundation on which Ogallala Commons is built.

But the most elegant description of Ogallala Commons comes from OC poet and singer-songwriter Andy Wilkinson. Andy says of OC, “We are the tribe that keeps the song of the line alive.”

The reference (borrowed from Bruce Chatwin, The Songlines) is to aboriginal tribes of Australia who believe the world was sung into existence, literally created by song. They further believe their own tribes – their lineage or line – depends on keeping alive the songs that tell of their creation and establish their identity. In some tribes, one or a few individuals are entrusted with keeping the songs alive and passing them to the next generation.

If I might have license to change one word, I suggest that OC is the tribe that keeps the song of the land alive. 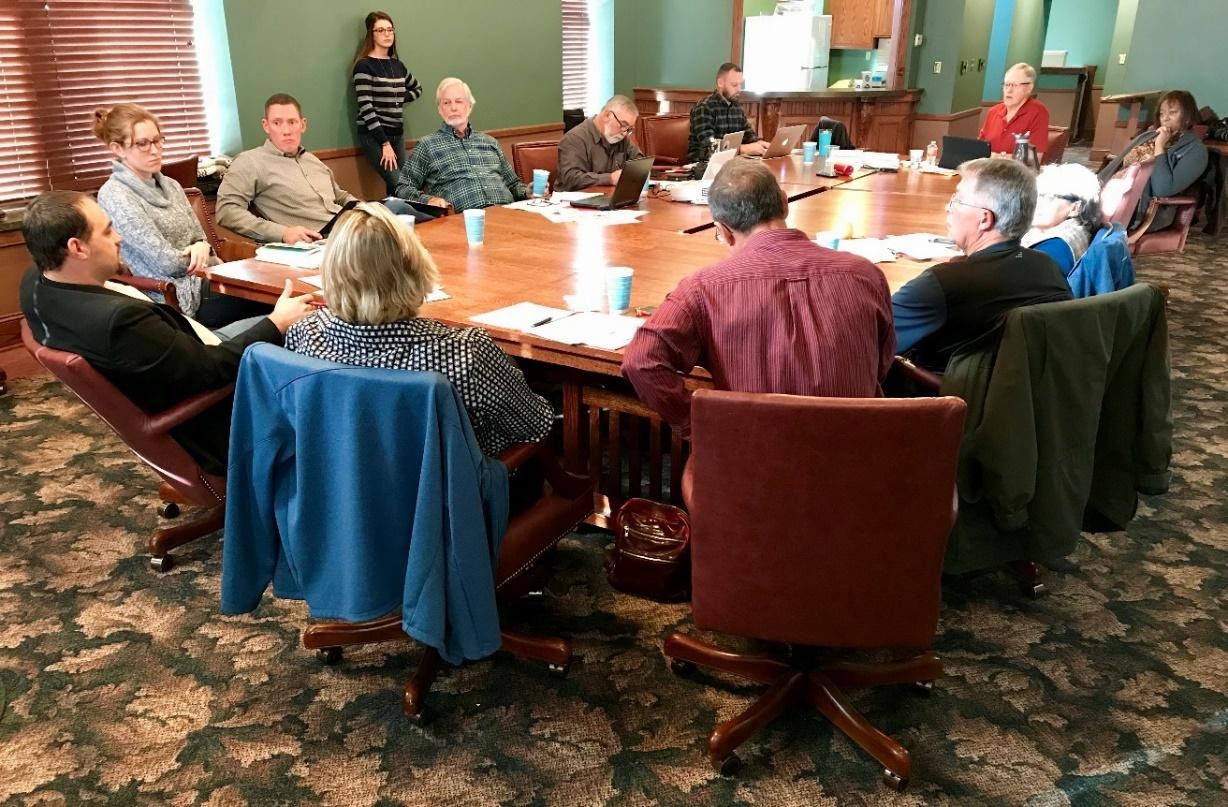 OC Board of Directors Meeting with OC Staff in Leoti, Kansas (October 2017)
And what is the song of the land? It is the sense of place that tells us who we are and where we came from. It is the song of soil and mineral and water cycles that keep the land healthy; the song of sustainable practices that keep air and water fresh, that sustain the insects and birds and wild plants and animals as well as the production food and fiber. And it is upon these common assets that health, education, spirituality, culture and community are built.

I believe Ogallala Commons is one of the tribes whose job and whose passion is keeping the song of the land alive. 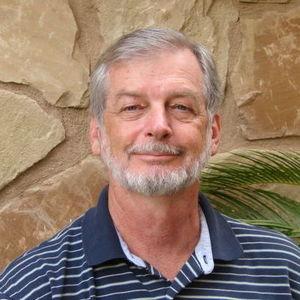 OC’s friend, Bobby Gierisch, died on May 12, 2018 in Austin, TX at the age of 71, following a brief bout with cancer. Bobby served as OC Board President for 3 years, OC Board Member for 6 years, and an OC Advisory Council member for 2 years.
Rest in peace, Bobby, and continue to shine light on our evolving OC tribe!
PrevPreviousSeeds That Grow Your Financial Wealth
NextA Legacy That Shall EndureNext