Two summers ago (2018), during my first OC Community Internship, I was able to go to Camp Amache  near Granada, Colorado (https://amache.org/), and volunteer as an “archeologist for a day” (to fulfill my 10 hours of community service required for the internship). Even today, I can still say it was by far the best volunteer experience that I ever had. 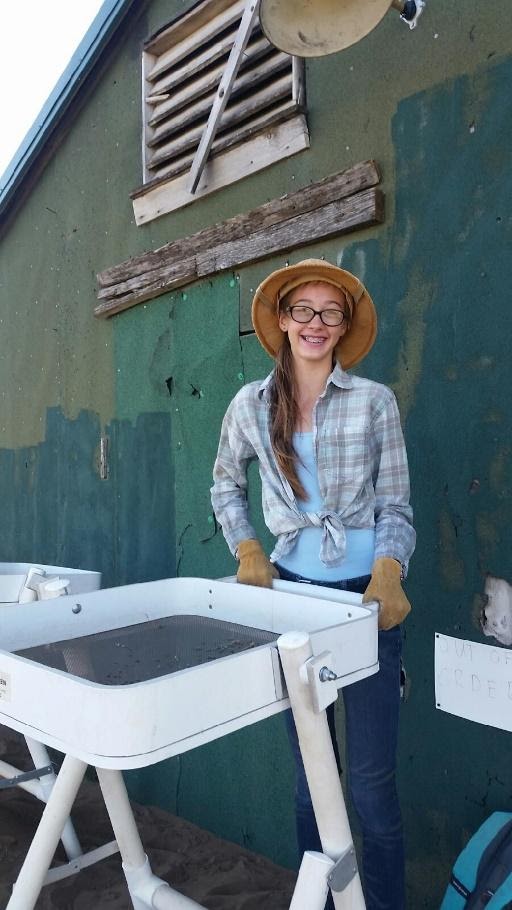 The first thing I did in my day as an archaeologist was–screen dirt. Basically. what this means is pouring a bucket of dirt into a plastic stand with a screen, that kind of looks like a window screen. Then you shake the stand back and forth so that all the loose dirt is sifted out–then I crushed the bigger dirt clumps to see if there was an artifact stuck in the soil. All of the dirt I screened came directly from one of the plots at the dig site. Archaeologists call these 1X1 meter plots: units. While I was screening, I found two nails, and a lot of dirt. 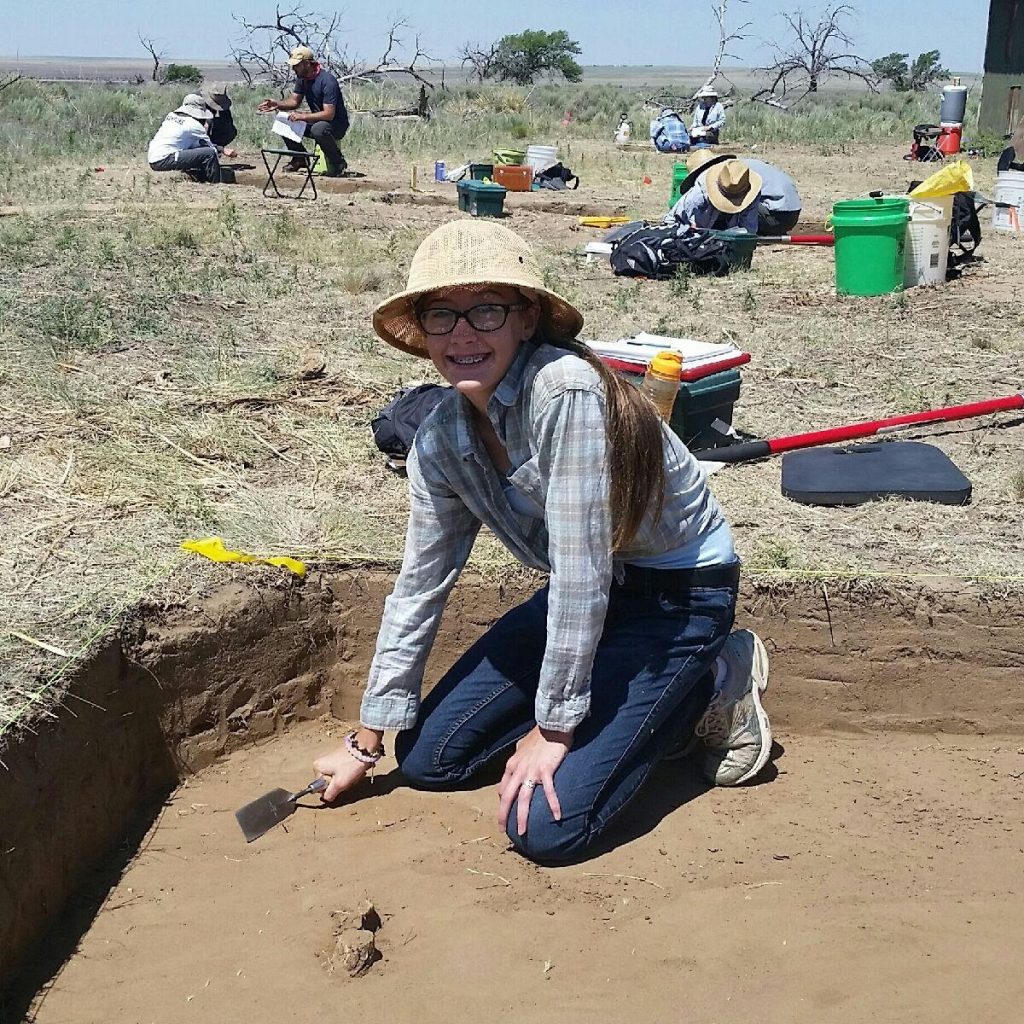 After I was done screening, I moved on to helping the two other people in my unit, Kimberly and Greg, to take soil chemistry samples. We did this by measuring a small square, and then digging down 3 centimeters. Next, we put all the dirt from inside the square into a small canvas bag, that would then be mailed to a soil chemist to figure out whether or not the people at the Amache camp were altering the soil in order to grow plants better, and if so, with what. The last thing we did out in the field was to gather all the topsoil in our unit and bag it for later flotation testing, as well as hard scraping the inside of the units to make the floor nice and clean. We then took pictures and closed the site by covering the units with boards. 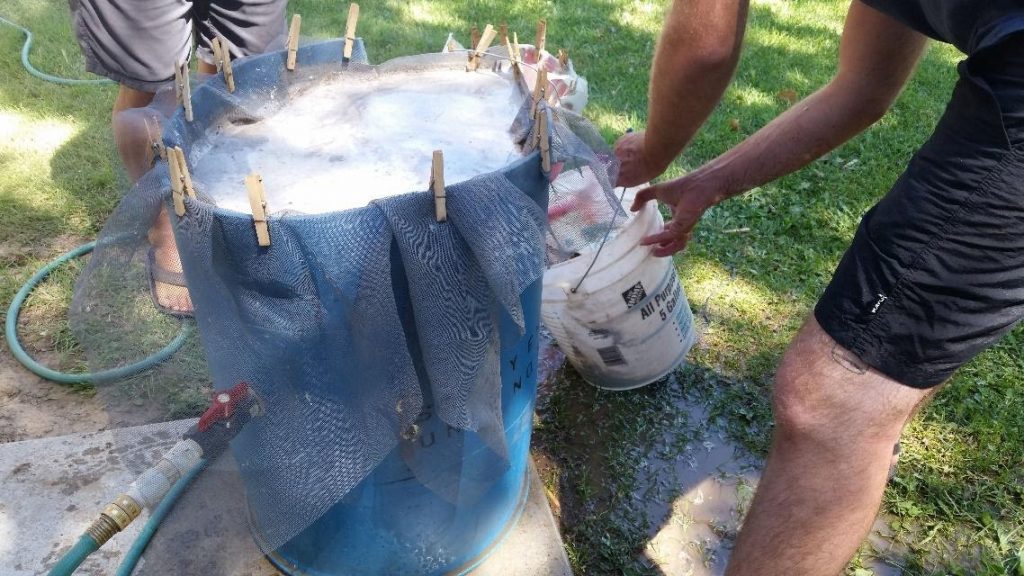 After I was done in the field, I went to the Amache Preservation Society Building to help with the flotation testing, which helps to identify the different plants and other flora that were being planted, and were commonly around when the Amache internees were present.  Archaeologists (and myself) did this by first emptying the contents of the previously bagged materials and topsoil into a bucket, then we added water to the dirt and mixed it around until all the dirt has turned to mud. Next, we poured the mixture into the flotation device that basically runs water through the mud and causes all the seed pods, pollen, bits of grass and any other flora remnants to float to the top. These items are then collected, bagged and set out to dry (this is called “light fraction”). The other bigger objects such as coal, rocks, nails, or glass are also filtered out and later returned to the unit they came out of, if they are no longer needed for study purposes (this is called “heavy fraction”). 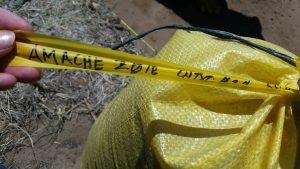 My favorite part was helping take samples and networking with new people. The most challenging part was sifting all the dirt from my unit because the dirt was constantly blowing in my eyes!  I learned a lot–and the whole experience had a big impact on me. Volunteering at Amache has not only allowed me to explore and experience possible job options, but it has also allowed me to serve others by being able to tell a story about something that means a lot to them. Many people who were children at Amache are still alive and come to visit the site today, even though they are eighty-years old or older. Amache is a place that has impacted their lives, and I am glad I was given an opportunity to help preserve their story and inform future generations. 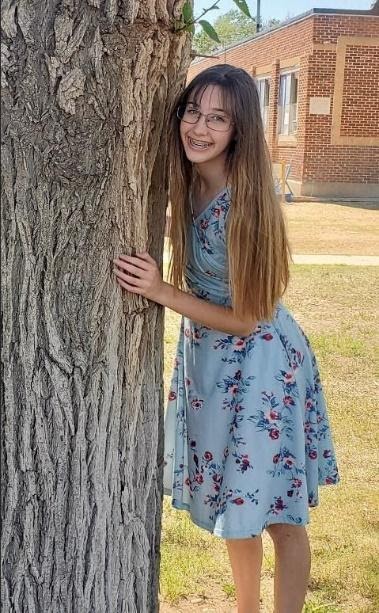 PrevPreviousMedical School and My Journey Homeward
NextBoots I Have Walked InNext