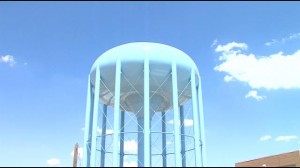 Written on Water is a film about farmers and individuals living in the High Plains. The documentary follows their story as they face an unpredictable climate and water shortage. Irrigated agriculture has allowed this area to flourish and grow, but the Ogallala Aquifer can’t sustain the amount of pumping for much longer. The questions we all face as we near the end of the bucket are put into perspective in this film. My internship working with this film has begun, and I am excited to be working on several projects. Some of my tasks include working with contacts in the Texas Panhandle to gather archival material and media material to be used in the film. I have learned about techniques and software such as Adobe After Effects which allows one to animate and alter media in 2D and 3D space. Soon I will be traveling to Olton, Texas to visit the local museum and search for photos that can be used in the film. I have also helped with organizing a spreadsheet to track backers that helped fund part of the film on Kickstarter. Completing these tasks I have been introduced to interesting individuals in my area who contribute scientific knowledge or heritage and memories that are important in telling this story. 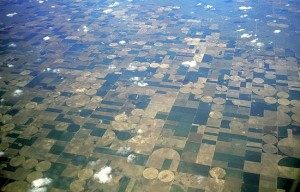 Earlier last week I attended a public hearing held by the High Plains Water District to discuss a revised metering rule for wells. In the meeting, farmers and stakeholders discussed and shared opinions on these rules. At the heart of it was the question of how to make the water we have last for more than just our generation. One thing that was clear to me in the meeting was that local control over water planning helps quite a bit. When individuals feel they are a part of the decision making process and are able to speak and decide with others who live and work in their same community, there is great understanding and perhaps a better ability to compromise. I am blessed to have this internship which has allowed me to make connections with individuals both out of state and in my area who are engaged in the High Plains and its future. Many individuals, together, will be a part of writing the story of water in this area, and it is exciting to be witnessing this process.