The service projects that I had done for my 10 hours of community service was a mix of all kinds of different projects. So to start off with I had started with cleaning at the orientation because everybody had a shift to so we could help the people that had prepared all the nice food for us. That had only been one hour that had taken up that time. So when I got back home I wanted to do something that I had never done before that could do good, but also help another person. So I had went onto a farm and helped a little couple while they went on vacation, milked and fed their chickens, goats, and dogs. It was super fun the baby goats were so sweet followed me wherever I had went! On those two hours; one hour each day I had gained the experience of how to feed baby goats and to give them the right amount. I also gained how to milk a goat, it was a little weird at first, I felt embarrassed learning in front of the owner but she was understanding it took me awhile to get the hang of it but I got it! It was something that I had never done before which I liked a lot. How I got the other hours was all in one day, ten hours! As you all know from my other blogs I love running and love my cross country team. So on July 16th, 2016 I woke up at five in the morning because my coach would be picking me up at 5:45 a.m. to go work a four mile race. After the four mile race we had then set up a booth to sell fruit cups at Missouri Days to raise money for our cross country team. The most challenging part about this was the heat. The temperature that day had been 104 degrees and well you could imagine standing there in heat trying to sell fruit cups. It taught me that I had to stay positive and to think the best and be friendly/hospitality because people wouldn’t have bought watermelon if I looked miserable. It was quite the experience! Unfortunately, my coach has all the photos on his camera but I will get those soon and upload them! 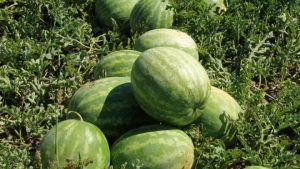