Yesterday I went to the showing of a film entitled Urban Rez.  The film discussed what is known as the Indian Relocation Act of 1956 or the Urban Relocation Program amongst many other names referring to that time in U.S. history.  It is said that the voluntary relocation program that spanned from 1952-1973 was the greatest voluntary upheaval of American Indians during the 20th century.  The general primary purpose of the relocation was to encourage American Indians to leave Indian reservations and gain skills to assimilate into the general mainstream American population.  Pros and cons could be identified for relocation efforts.  By now it is fairly certain that there have been questions that have arose as to why I am sharing this piece of history with you in my introductory blog entry.  I will now clarify those probable questions. 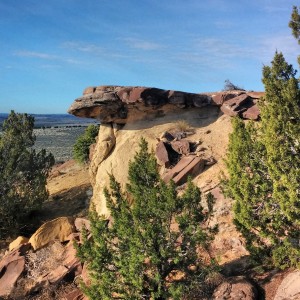 At a point in the film a lady was interviewed from the Fort Peck Reservation in Montana.  She was asked the question what home meant to her.  She had been apart of the urban relocation program for decades.  However, those decades away from her traditional homeland in Fort Peck did not waiver her connection and love she held for that place.  Tears came to her eyes as she described the smells, sights, landscapes, memories and people she associated with where she was from.  To her the question of “what’s home to you” or “where are you from” was associated not only with a place but a way of life.  In reality being an American Indian and having a traditional homeland was what made her who she was it was her existence. 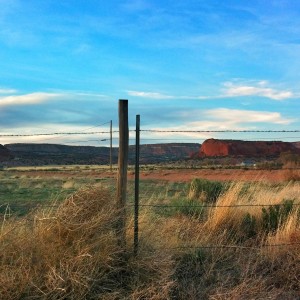 As I watched the film I could relate to the sentiments of this woman interviewed because when I am asked where I am from I say, “I am from the Navajo Nation”.   However, each time I say that I am from the Navajo Nation behind that statement I think of the smells, sights, landscapes, memories, history and people that reaches back to time immemorial.  I am sure that I am not the only person with these sentiments in regards to ones home or being.

With that said and the background description given to you about my sentiments behind the questions who are you and where are you from.  Let me say my name is Nikki Tulley and I am from the Navajo Nation where I was born and raised in the traditional homelands of my progenitors. This summer I will be working with the Notah Begay III Foundation’s Native Strong program.  Native Strong is an initiative promoting healthy kids and healthy futures in Native communities.  What I hope to gain from this experience is to learn how I can best assist in the efforts of meeting Native Strong’s initiative.