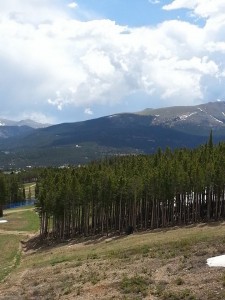 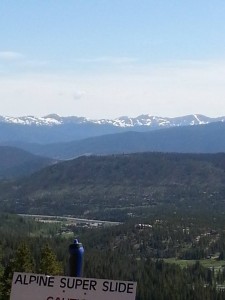 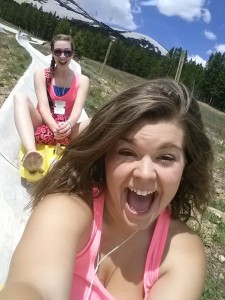 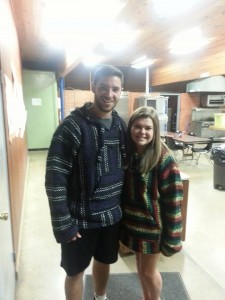 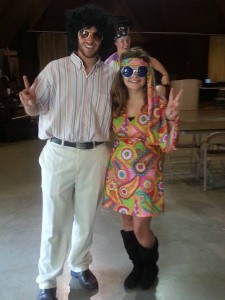 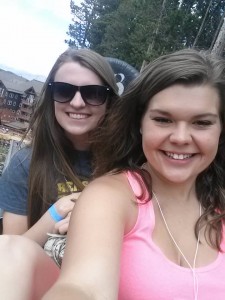 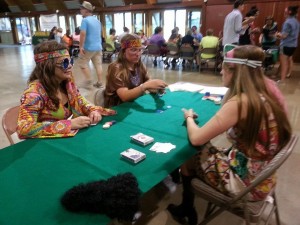 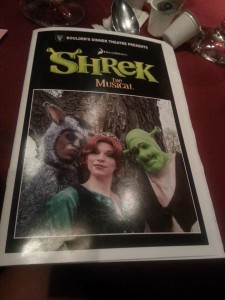 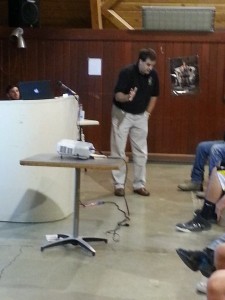 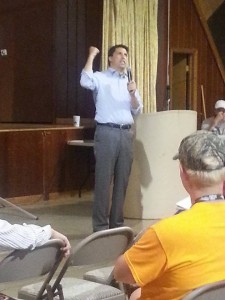 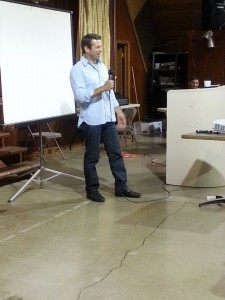 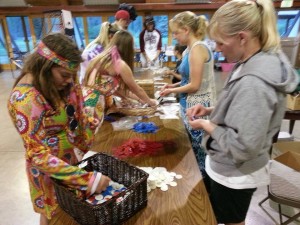 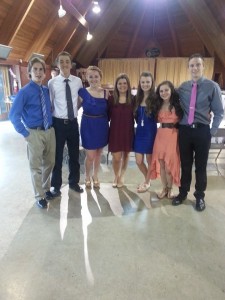 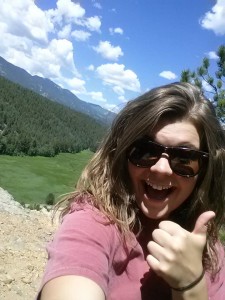 I had a great opportunity to attend Bailey, Colorado for my internship.  I assisted the Director, Maria Miller, in the All-States National Farmers Union camp.  Maria is an amazing lady and I cannot thank her enough for giving me the opportunity to go up there and help.  I had to get up at 4:30 in the morning on Sunday June 22nd because my flight departed at 7:30. I arrived in Denver at 7:45, and it was like the time never changed, Mountain Time is an hour behind us.  When I arrived at the Education Center in Bailey, I was put to work right away.  Campers did not arrive until 12:30, but there was plenty to do.  Two other girls and I helped stuff folders for the campers and I was in charge of registration.  I signed up a total of 60 people.  There were 40 campers and 20 staff.  Campers were from North Dakota, South Dakota, Wisconsin, Montana, Minnesota, and Colorado.  They thought I had an accent, but really they were the ones with the accent!  Staff ranged from Virginia, California, Kansas, and the other states I mentioned as well.  Being a college kid, any home cooked meal is good but the cook at the camp was amazing!  I think I gained five pounds at this camp, but her food was on point.  That night, the campers played different co-op games.  I was in charge of the Frisbee game.  The campers were split into groups of 10. The campers had to get on their hands and knees in a circle and have a Frisbee on their back and try to get it all the way around the circle.  On Monday, the campers and some of the staff did “true colors” but since I had already done it, Maria wanted me to go on a hike with one of the other staff members to see what it was like before the whole group went.  The guy I went with, Will, is from Colorado and is acclimated thin and air and elevation, not me!  He also is 6’2’’ and wore a size 15 shoe, I am only 5’2’’. I felt like I was running, but I did get a good workout! That afternoon we had a great speaker come in, Rulon Gardner who is an Olympian Gold Medalist.  His speech was so inspiring and amazing.  Then we went on our hike, it wasn’t as bad as the first time!  The other intern, Andrew, and I had the chance to talk about our internships.  That night was Hawaiian night and the campers split up into groups and they built a boat only using a big fridge cardboard box, six cups of paint, box cutter, duct tape, a sharpie, and several paint brushes. Another staff member and I were in charge of getting all the supplies together.  It was pretty entertaining to see all the different ships!  Tuesday morning we went on another hike to the top of a mountain, which had a great view! The scenery was gorgeous!  In the afternoon, we had Mike Stranz come in and talk about making your voice heard; he was also another great speaker.  Then there was “open mike” and the campers had the chance to talk about topics that they felt strongly about.  I enjoyed listening to everyone.  That night was retro/game/auction night, Andrew and I looked groovy in our 70’s attire!  It was casino games and all of us helped set up the different games.  The Northerners could not believe a girl knew how to play Texas Hold Em.  I helped count money in exchange of their chips.  Wednesday, we all loaded up on the big bus and went to Breckenridge.  Besides falling in front of a huge crowd at the amusement park, I had blast!  That evening we went to the Boulder dinner theatre and watched Shrek the Musical, and it was awesome.  Thursday, we had quite a few speakers come in and they were all remarkable.  That night was international farmer/talent show night.  The talent show had some great talent and it was entertaining! We also had a camp fire and s’mores which was really nice.  Friday, I was in charge of getting everyone’s evaluation, t-shirt size, and making sure everyone signed a banner.  That afternoon some of the campers gave speeches to run for NYAC which is the National Youth Advisory Council.  Their peers voted and that evening the current NYAC gave away a rose to each new NYAC member.  The NYAC members at camp were my best friends, I made an instant connection with several of them.  That night there was a dance and let’s just say their two step is a little different than Texas’, but I had so much fun.  At midnight everyone loaded up and left with tears in their eyes.  I did not know you could make great friendships in a short amount of time.  I met so many great people and they were all accepting of each other.  I had a great time and wish I could go back!  None of this would have been possible without Maria, she is one unique, great lady!  I want to thank all the campers as well; they treated me like one of them and were so nice and sweet.  I really enjoyed getting to know Andrew too.  The staff was awesome, we all worked great together, and I enjoyed getting to know them.  I am very grateful for the experience and opportunity this internship provided.