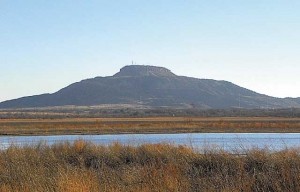 Renewable Energy
Promising energy initiatives are also underway in Tucumcari. Experts from several gas companies have stated that the region sits above a major gas deposit. Development of these deposits would greatly increase economic opportunity in Tucumcari, and could help reduce the country’s reliance on foreign oil.
With two wind farms within 30 miles of town and the wind energy program at Mesalands Community College which boasts the “world’s tallest classroom”, the Tucumcari area is well on its way to becoming a leader in renewable energy development. Energy companies in the area include Florida Power & Light, New Mexico Gas Co, Cielo Energy, and Xcel Energy.
History
In 1901, the Chicago, Rock Island and Pacific Railroad 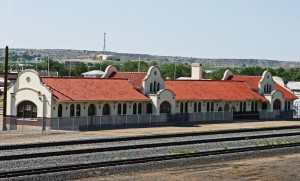 built a construction camp in the western portion of modern-day Quay County. Originally called Ragtown, the camp became known as Six Shooter Siding, due to numerous gunfights. Its first formal name, Douglas, was used only for a short time. After it grew into a permanent settlement, it was renamed Tucumcari in 1908. The name was taken from Tucumcari Mountain, which is situated near the community. Where the mountain got its name is uncertain. It may have come from the Comanche word “tukamukaru”, which means to lie in wait for someone or something to approach. A 1777 burial record mentions a Comanche woman and her child captured in a battle at Cuchuncari, which is believed to be an early version of the name Tucumcari.
Wildlife and the Natural World
Tucumcari has coyotes, deer, rattlesnakes, and horned lizards that are going extinct.
The state bird is a Roadrunner and they eat rattlesnakes. 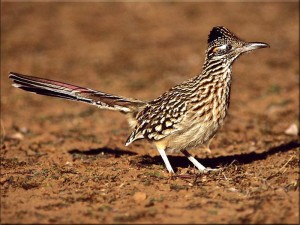 Where does my water come from?
Our water comes from 11 wells which are between
300 and 400 feet deep and are in the Entrada
Sandstone Formation, Tucumcari Basin

Health
Dan C. Trigg Memorial Hospital, I was born there, a 37-bed acute care hospital, offers primary services A full-service emergency room includes a heliport pad for transportation to regional hospitals. In addition Tri-State Care flight maintains a helicopter on premises at the hospital to serve the entire region with air evacuation.
Local health department for vaccinations and 2 doctor offices.

Sense of Place
With each small/rural community there is an emotional bond that each of us can identify with.
Either just coming to visit family or in or town we have a yearly Reunion that everyone goes to.

Education
Tucumcari has a grade, middle and high school and we also have a community college Mesalands. They have many programs which includes a windmill program.

Spirituality
Can mean many things to people. We have about 8 different churches, counselors and a psychiatrist in Tucumcari. Spirituality can be just being happy or a belief or mediation and setting goals.

Foodshed
We have a food distribution business called Ministry of Hope where people in need can come once a month for food and 5 household or clothing items.
There is also commodities given out monthly
In the summer there is a farmers market
We have one grocery store and several convenience stores and 2 truck stops

Leisure and Recreation
Tucumcari has 2 lakes within 30 minutes. We have Ute Lake and Conchas Dam.
There is also 2 gyms and about 5 parks. We also have a community pool that is open in the summer.
There are 2 private facilities the golf course with a country club and elks lodge that you can join for a fee if invited.

Arts and Culture
Old U.S. Route 66 runs through the heart of Tucumcari via Route 66 Boulevard, which was previously known as Tucumcari Boulevard from 1970 to 2003. Numerous businesses, including gasoline service stations, restaurants and motels,

were constructed to accommodate tourists as they traveled through on the Mother Road. A large number of the vintage motels and restaurants built in the 1930s, 1940s, and 1950s are still in business despite intense competition from newer chain motels and restaurants in the vicinity of Interstate 40.
Most of Tucumcari’s oldest buildings lie along or near Main Street in the Historic Downtown area. These include:
• Rock Island-Southern Pacific Train Depot (Built 1926, restored 2011)
• Odeon Theater (built 1937 and still operating)
• Crescent Creamery (vacant)
• Federal Building, commonly known as Sands-Dorsey Drug (fire damaged and vacant)[20]
The city had a United States Navy hydrofoil named after it. The USS Tucumcari (PGH-2) was built by Boeing. It began service in 1968 and ended service in 1972 after running aground in Puerto Rico.

We have a dinosaur museum a history museum.
We are fortunate to have many murals. We had an artist Doug Serils and his wife that painted them. Many of the scenes in the television show Rawhide (1959–1966) starring Clint Eastwood were shot in the Tucumcari area.
One of the killers in Truman Capote’s 1965 book In Cold Blood asks about the travelling distance to Tucumcari. This scene appears in the 1967 film version of the novel.
Tucumcari is the setting of one of the first scenes in Sergio Leone’s 1965 film For a Few Dollars More, starring Clint Eastwood, Lee Van Cleef, and Gian Maria Volonté. However, this is a prochronism, as Tucumcari was founded many years after the historical period in which For a Few Dollars More takes place.
A scene in the 1971 movie Two-Lane Blacktop, starring James Taylor, Dennis Wilson, and Warren Oates, was filmed at a gasoline service station on U.S. Highway 54 just northeast of Tucumcari. Tucumcari Mountain is clearly visible at the beginning of this scene.
The city is mentioned in the 1988 film Rain Man by the character played by Tom Cruise. However, the location in the scene is not Tucumcari.
In the David Stone Series featuring Micah Dalton, the lead character was raised in Tucumcari
In an episode of Adam 12, Tucumcari is mentioned by the family of a baby who is supposed to have a brain tumor. But it is a con for money.
Tucumcari is mentioned in an episode of NCIS as a place where a suspect was issued a traffic citation.
In the 2005 Supernatural episode, “Bugs”, the city is mentioned.
A scene for the upcoming film, Comanceria, was filmed in Tucumcari on June 1, 2015.

Finally,
I enjoyed learning about my community. There were some things I didn’t know such as movies being filmed in Tucumcari and the history of the name.
I do feel Tucumcari needs an economic boost of some sort.