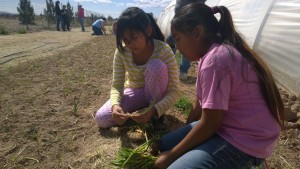 It’s the preservation of the past combined with the embracement of the future that has lead to the commonwealth of the Mescalero Apache People. It’s fascinating to see an entire community cling so strongly to its traditions, while still adapting and growing with a rapidly changing global society.

This time of year is the winding down of feast season; the elk are in the rut—bugling right outside my window every night; and everyone in town is in a hurry to forage and roast their Piñon nuts before the next big rain. The guys are busy chopping wood to prepare for what everyone predicts will be a hard winter. We go out in groups to collect the firewood, but we make deliveries to all the grandmas before we bring any home for ourselves.

The tribe is in the midst of re-elections for Tribal Leadership and Council, and the participation is staggering. Everyone votes! Everyone gets involved in the campaigns and the primaries. Even the young people have political opinions—it’s inspiring. The Natural Resources Department is revising their Forest Plan right now, as well, and the entire Mescalero community was polled in a survey—on which types of wood they burn in their stoves, how often they fish/camp/hunt, if they believe forest-thinning is beneficial or harmful, how often they collect wild native plants or cut down Christmas Trees. All of this may have been to gauge the community’s demand for natural resources, but that all tribal members were afforded a voice in the matter at all indicates a supportive healthy society.

I believe the direct community involvement in what happens to their forest is a relic of the past, the Apache belief that this land is a gift that must be nurtured and revered. The revised Forest Plan urges the community to purchase only natural detergents; free of petrochemicals, chlorine, sulfates, and parabens. They encourage those fishing along the creek to keep their vehicles at a distance, so as not to disturb the ecosystems along the embankment. They promote the use of the Recycling Center in the parking lot of the Tribal Store. A solar panel array was recently installed at the Tribal Fish Hatchery, where they are now being paid rather than paying for electricity. The tribal forestry department is attempting to restore the mule deer population, installing solar pumps on old wells for game to drink from. 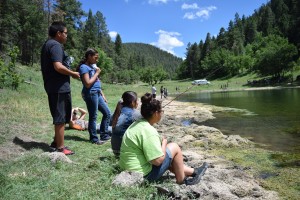 This balance of tradition and modern technology has lead to a well managed lush forest and an abundance of preserved grass lands. This consciousness and stewardship of the land has supported generations of ranchers, and herds of wild horses, pronghorn, elk, deer, and boar. One young employee here at the Fish Hatchery is acquiring a degree in Natural Resources in hopes to restore the White-tail deer population. The commonwealth of the Mescalero Apache is contagious. Ideas of sustainability and wealth in an undiminished landscape are being passed down to future generations. 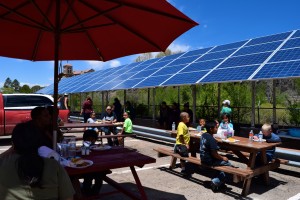