During my internship at Todd Agriculture Consulting I did many projects. My projects consisted of scouting many types of crops such as cotton, corn, sorghum, black eye peas, millet, sunflowers, and alfalfa. while scouting all of these crops I dertermainedthe growth stage of each crop, determained the soil moiture for each field, look for harmful as well as benifical inscets, list all the weeds that were present in each field, inspect each crop for diseases and or unnatural mutations, check for weather and or climate damage, and read moisture blocks that were present. Every morning before we headed out to check fields, the other intersand I would do household chores such as vacuum each truck, wipe down the interiors of each truck, sweep the office and shop,fill each cooler up withice and cold drinks, put all the necessary items for scouting fields in each truck, and make sure everything was in its place and straightened up. Coming into this internship I had limited knowledge in most crops other than cotton, I did not know if i would be able to succefully scout crops that I had not been around. As new crops were planted I saw and learned many differeant important qualitys that each crop had. Such as the damage mites could do to corn in a short period of time. As the summer progressed my fellow interns and Ilearned alot of thigs in a short period of time. each week our jobs scouting fields became more intense with more things that needed to be scouted for. while I am finished with my internship, I belive that I am a well educated crop scout. With that being said I did make mistakes, as does any person learning a new skill or trait. not only did I make mistakes I also learned from them, and did my best to not let them happen twice. Some other qualitys that I learned while being a crop scout were, becoming a team player. being a team player is important for every crop scout. I looked at it as the farmers, the other scouts, and my self as one team, and to produce a profitable crop we all had to be on the same page. Another quality that I learned was being accountable and finishing my duties for each and every day, without all of our efforts the job could get out of hand and not be finished. Other qualitys I learned were from our orientation at the beginning of the summer. All in all I learned alot of good qualitys and skills throughout the summer. 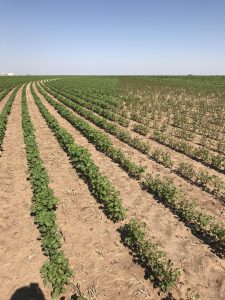 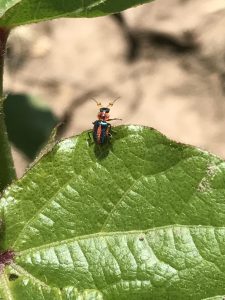