The small town of Manzanola is a wonderful place to find commonwealth assets, especially if you have to look for them. To many, Manzanola is just a dead town that doesn’t have anything interesting. However, they are proven wrong.

Arts and Culture: Manzanola has art shows displayed in the school and contains work from k-12. The art shows take place in winter and spring time. There is also a concert that takes place for the elementary kids and they do a marvelous job. Additionally, ban 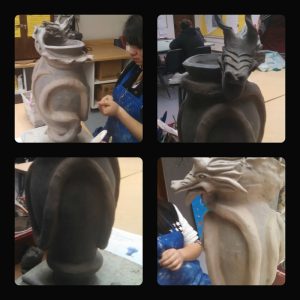 d also plays. This event has been going on for many years. The school has it’s own school song:

“Manzy bobcats hats off to thee,

to your colors true we shall ever be

firm and strong, united are we

Ra for the cardinal and grey.

Sense of Place: Manzanola is known to be home for many people. Many people say that once they see the trees coming along and see the main street, they know it’s home. Manzanola is described as a flat town, filled with buildings in the town hall, seeing the veteran’s memorial where the small statue of Justin L. Vasquez now stands. Not only does Manzanola provide a sense of place to people, but also the friendly people that reside in Manzanola.

History: While doing the ‘History of Manzanola’ I realized that Manzanola has a very valuable history. Manzanola was originally named “Catlin” but the name was changed to Manzanola by majority vote. The name Manzanola comes from the root word ‘manzana’ which means apple in Spanish. At the time, Manzanola had an abundant amount of apple orchards, however many don’t exist today.

In the state of Colorado, Manzanola was the first one to provide school transportation in a horse drawn wagon. 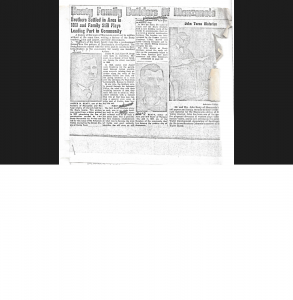 Manzanola used to have an event called the “Cherry Pie Days.” Essentially, Cherry Pie Day was a day where everyone could celebrate eating copious amounts of cherry pies. Unfortunately, the cherry trees were contaminated with a disease stopping the Cherry Pie Days. Today, we have an event called the “Spring Fest[ival].” The Spring Festival is where all the classes form 7-11 make up a fundraising idea and sell their products in the event. Also members of the community also have their little posts and some do raffles. In the past, we also used to have a car show which attracted many.

To know more about the history about Manzanola, please look forward to the document I am creating as an Ogallala Commons community project where I’ll be talking about the history, people, our town hero, etc. It’ll contain pictures and stories.