During the exercise that we completed, it was interesting to identify with the different commonwealths in such different ways.

Due to the nature of the time on my project with SOA, I’ve spent a lot of my time lately completely immersed in the idea of the water cycle. I’ve learned so much about Lubbock (and the surrounding area)’s water and how it’s used and whatnot. It seems extremely prevalent in my mind but the unfortunate truth is that it’s not as prevalent to the city. But I’m proud to say that working with Local Llano has shown me the movement in Lubbock to eat fresh and eat local!

Having lived in Lubbock for almost 5 years, I’ve learned a lot about the diverse culture that thrives here. Although there isn’t a large movement for water conservation (yet), there is is a HUGE artistic influence throughout the city. The music constantly drives underground and main stream currents and brings people together that otherwise might not have crossed paths.

Along with the musical and artistic sense of community, there is an overwhelming pride that comes along with living in Lubbock–a strong sense of place. When prompted, “where are you from?” we all proudly state, “LUBBOCK.” A majority of the time, the other party will apologize for where we live and we couldn’t be more offended that you don’t love Lubbock just as much as we do.

Though Lubbock could potentially be determined as a 9-5 town, there is so much to do to relax and grow closer with your friends and family. There are ton’s of parks, movie theaters (in AND outside), plenty of restaurants, and even a small theme park! Lubbock has a lot to offer for relaxation, leisure & recreation.

When you ask a Lubbockite where they’re from, I’d suggest that you don’t apologize because we’re not sorry! 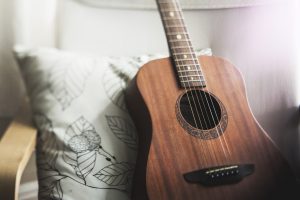 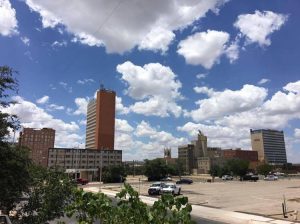 img 1: love of music (and photography)

img 2: Lubbock from the balcony