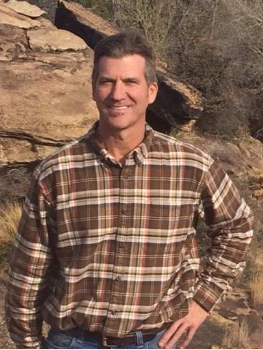 Robert Martin is OC’s New Mexico Coordinator and a member of the OC Advisory Council.  Robert and his wife Sydney, live near Santa Fe, NM.

I’ve been involved as a volunteer with the Ogallala Commons Playa Festivals since 2009 and I’m excited about the opportunity to become more involved with Ogallala Commons.  Since January, I’ve been organizing 8 Playa and River Festivals in New Mexico that are funded by the New Mexico Department of Game and Fish “Share with Wildlife” Program.  We have modified OC’s Playa Festival program to fit the predominant features of the local watersheds which means holding River Festivals in some parts of New Mexico.

We held a River Festival for the Santa Rosa Middle School in Santa Rosa for 160 6th, 7th, and 8th graders on May 14.  OC staff and volunteers did presentations on subjects including nature journaling, the water cycle, amphibians and reptiles, acequias, and fishes of New Mexico.  After lunch, we walked the students to a nearby spot on private property along the Pecos River.  The kids found a ton of invertebrates, baby softshell turtles, tadpoles, interesting plants, and had a great time exploring the river.

On May 15, we held a Playa Festival for 80 4th graders at Bella Vista Arts Academy in Clovis.  OC staff and volunteers gave presentations on subjects including an introduction to playas, the water cycle, invertebrates, playa amphibians and reptiles, and waterfowl.  We took an afternoon field trip to Goodwin Playa in Clovis which was extremely full due to the recent rains.  The kids had a great time collecting and observing Woodhouse’s toads, watching black-tailed prairie dogs, collecting mollusk shells, and filling out their nature journals.