When I first came to Primitive Social, I was hired as a general intern for the company. One day, I got a text from one of my former coworkers (at a restaurant) that my boss, Kade, and a few other gentlemen were throwing my name around. I got insanely nervous. Upon Kade’s return, he called me into his office and introduced me to Darryl who explained to me what Ogallala Commons was and asked if I would consider joining the program.

A lot of what I did at first was touch-and-go. I would get a list of things that Erin needed done and complete them to my best ability–bugging her with questions all the while. It was pretty easy to keep up with everything else I had going on but I felt like I could do more.

SOA and Local Llano are very similar but extremely different initiatives. The hardest part has been getting acquainted with their different styles of voice and making them interesting enough to the public to generate that traffic that will get our word out and spreading. I’m exited for these projects and to see where they end up in the future. 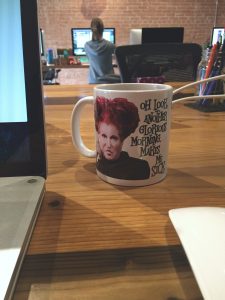 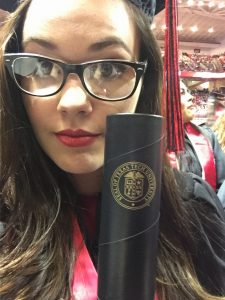 img 1: getting comfortable in my first office at my first desk space.

img 2: getting comfortable with never going to class again.