I would like to begin by saying although I was not able to do an internship at my desired spot, a hospital; being placed with both Texas Hunger Initiative and South Plains Food Bank was such an inspirational opportunity I was able to receive. I have learned too much throughout this internship and it has really made an impact in my life. Seeing that there are so many people out there that struggle with food insecurity really touched me, because being a part of the Food Bank Screening crew was something that you could see the people were excited about. Each individual had a story to tell, whether it be about their family or about the community they are in. I was touched by each individual, because there are many things you can find out by their actions or just from the stories they tell. Every story heard really had an impact in my life, because each story was something that continued to make that certain individual happy for any and everything those others can do for them, especially if it is out to help the families out. We screened hundreds of people from many different counties, the worst part about screening individuals was that some were not eligible to receive a box from the Food Bank and them individuals hearing the words, “I am sorry, but you do not qualify for a food box due to the amount of monthly income that comes into your house hold”, the look on their faces was so upsetting. The reason for this was because their facial expressions and actions they had taken were so sad; knowing that one family wasn’t able to receive a box was so disturbing. When on the other hand, working with Texas Hunger Initiative was really more focused on helping individuals receive government assistance, such as food stamps. When I traveled out with Texas Hunger Initiative Andrew Black, we visited many libraries attempting to convince them to be a community partner, but unfortunately we were turned another way because it was not possible for some libraries. On the other hand, many of the other libraries thought that being a community partner was an amazing opportunity to take on. I never knew how much that was going on dealing with hunger, but taking on this internship through Ogallala Commons was something that I really needed to take on. It has been a fantastic ride, I would definitely recommend this for anybody to take on. 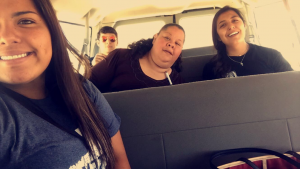 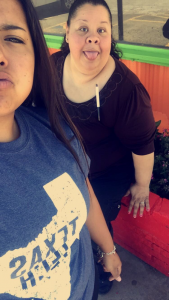 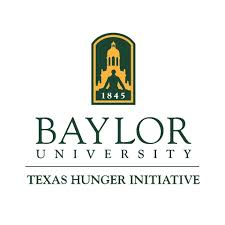 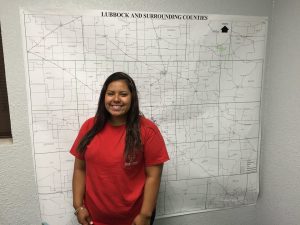