An Interview with Bobby Gierisch, OC Board President

OC Board President, Bobby Gierisch, has always been rural at heart. After growing up in a small Texas town, Bobby earned undergraduate and graduate degrees in Sociology, then spent most of his adult career working with the Texas state government. “Kind of by the luck of draw,” he says, “I always ended up working for people from rural communities. My final job was as director of policy research for the Texas Speaker of the House, Pete Laney,” (another rural Texas native).

In 2000, Speaker Laney created a special committee to study opportunities for the legislature to improve the quality of life for rural Texans. Bobby became an informal staff director for the committee, and it became a launching point for his relationship with Ogallala Commons.

“I heard an occasional reference here and there to OC and Canadian, Texas. It sounded interesting, and I tracked down [former OC Board member] Remelle Farrar who was with Canadian Economic Development.” Over the next years, Bobby also connected with Darryl Birkenfeld, retired from state government in 2003 and began working for the national Rural Policy Research Institute. Then in 2006, he created the nonprofit, Texas Rural Innovators. Around the same time, Remelle recommended Bobby to the Ogallala Commons board, and he really got acquainted with what OC was all about.

“I had been involved in looking into rural development organizations across the nation, and a couple of things about OC really stood out in my mind: the focus of the effort was almost exclusively really small towns. Even among organizations that had a very exclusive and aggressive rural mission, it was unusual to find someone so committed to what I considered real rural communities. [The second was] the Community Internship program, the notion of career and community exploration by small town kids in their own communities. I was impressed with how innovating it was…and the focus was for all kids.”

One thing led to another, and Bobby became an integral part of OC’s leadership. “I am passionate about rural communities and regions not just surviving, but thriving and being part of the American landscape…you shouldn’t have to give up a good life to live in a rural community. OC’s focus on young people exploring and carving out futures in these communities over a large region that is predominately rural speaks to those interests and passions of mine in a way that I think is necessary, innovative, and effective.”

Ogallala Commons organized another Youth Engagement Day in early October over at Floydada, TX.  The event was held in the high school gym, with groups of students from 6 area schools.  An entrepreneur panel excited the gathering with enterprises that involve growing lavender as a sellable product, using skills in fiberglass manufacturing to craft a popular local icon, and how to manage several operations at once while living in a rural community.  Another inspiring session was Speed Career Exploration, in which students discovered job options in electricity generation, local trades, health careers, and growing food for local markets. 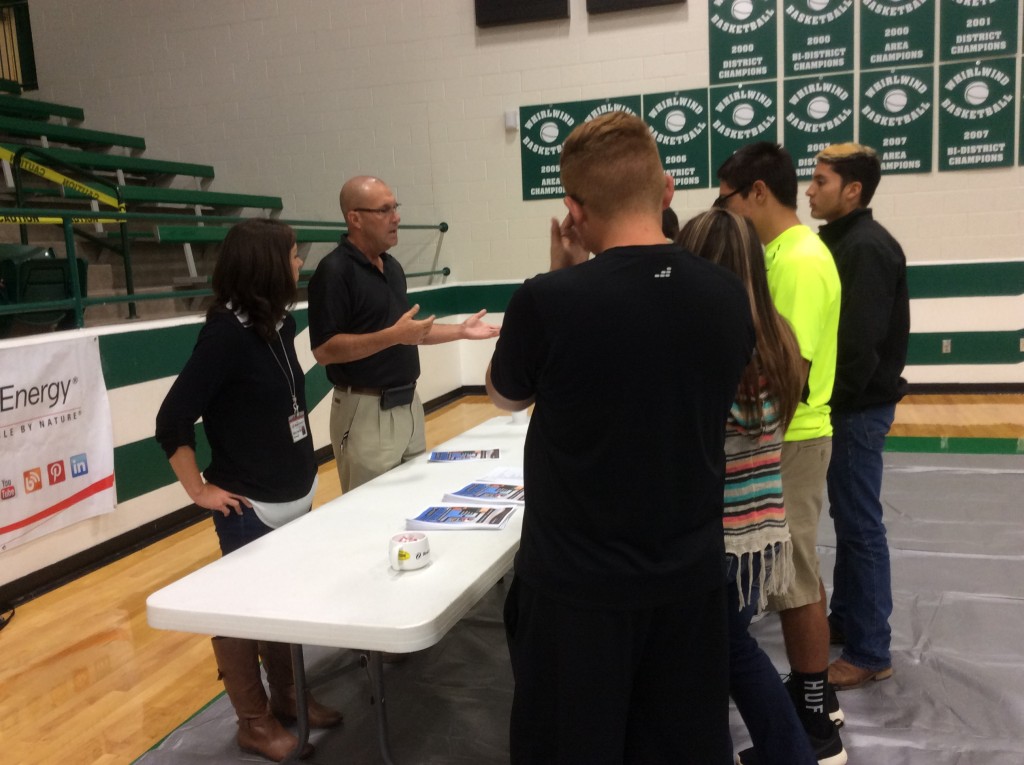 At the end of the day, educators and community leaders were pleased with this unique learning opportunity for youth. 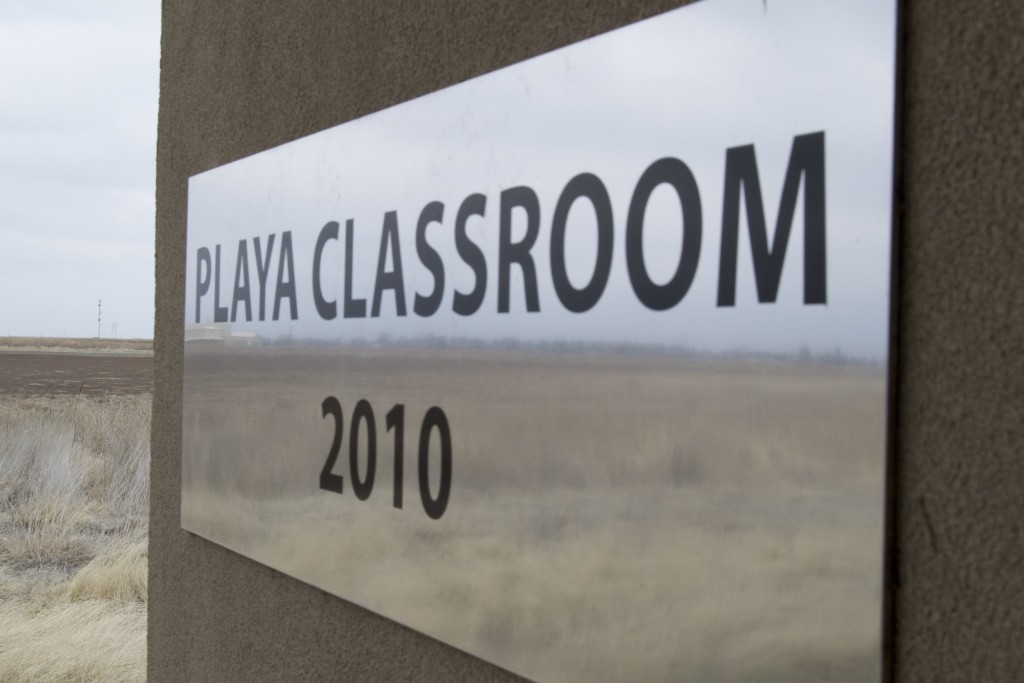 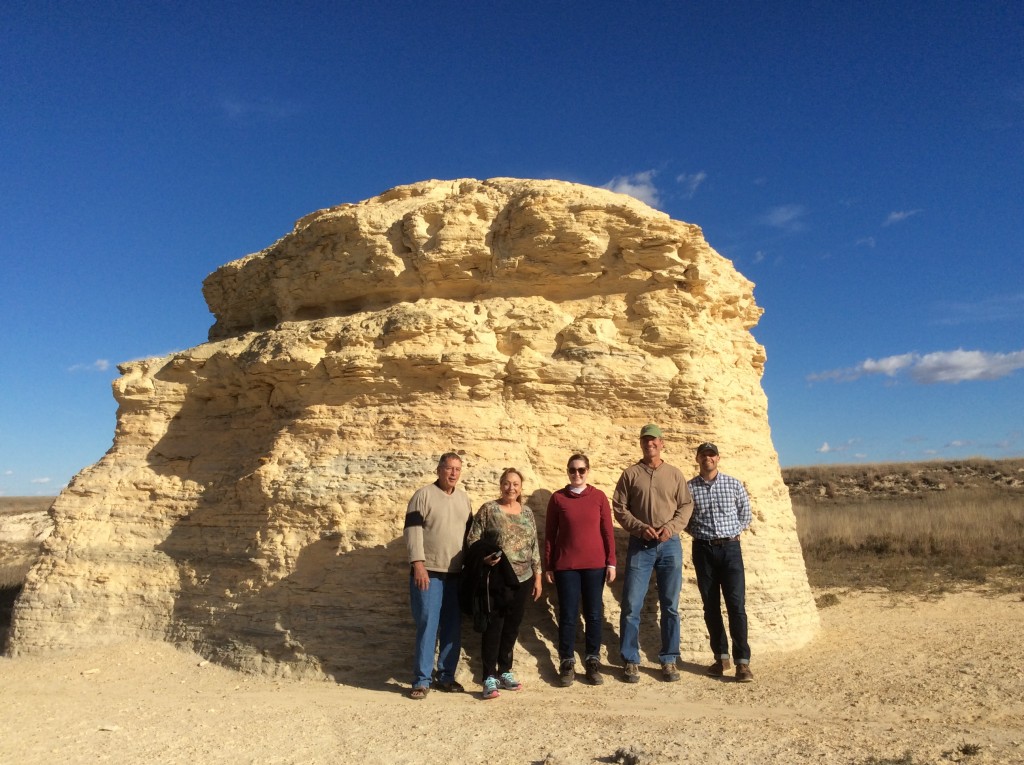 OC Board Member Paul Martin and his wife Betsy (left side of photo) met up with OC staffers Robert Martin, Kade Wilcox, and Darryl Birkenfeld (not in photo) for a hike at Smokey Valley Ranch in Logan County, KS, in route to OC Board & Advisers Meeting in Atwood, KS on Oct. 29-30th.  Look for more photos and details about the meeting will in our November newsletter