I can’t believe how fast time has passed from the beginning of the summer to now! This summer was packed with work and community service. There were three main projects that our supervisor wanted us to work on. The first one was the Farmer’s Market. The main goal was to make it a destination instead of just a drive through type of event. I made games for the kids, like scavenger hunts or memory card game, in order to get children more involved. There were also a few dishes that we made for people to sample which had vegetables that came from our community garden. There were the regular crowd of people that showed up each week to it, but I told new people to stop by and check it out. I hope next year the Farmer’s Market will continue to grow and get more of the community involved.

The second main project was to help water and promote the Community Garden. There was a small plot that I watered, weeded, and cared for. It produced cucumbers, squash, and peppers. The vegetables were used in the dishes that we gave out as free samples at the Farmer’s Market. We also made brochures to hand out to people as a way to promote the Community Garden. This project was a lot of fun for me because I loved being out in the garden and watching everything grow over the summer.

The last main project was helping out the Extension Office with all of the fair and 4-H paperwork and booths. I helped make up superintendent books and letters for all of the helpers and judges. I also was tasked with coming up with an idea for the AIM Coalition booth. The end result came out great and we ended up winning first place at the fair for our booth. Once the carnival started going I helped out inside the community building with selling T-shirts and raffle tickets. There is an annual free barbecue that I got to help prepare and serve too. Once everything was done we tore down and put everything away until next year.

This summer has been a blast! I liked working with everyone at the Extension Office, fair, and at community service projects. Going off to college this fall will bring on a whole new adventure, but next summer I hope to come back and work with everyone again! 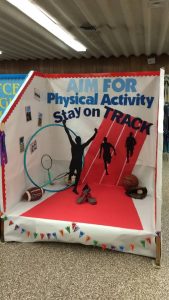 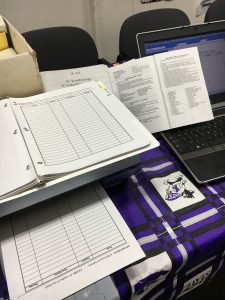 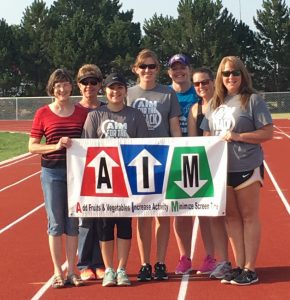 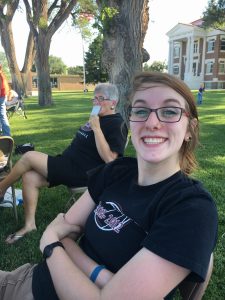