Finding some community service was pretty easy after the big wind storm blew through in early June. The highest winds clocked in at 89 mph, and that was in my hometown of Atwood, Ks. Atwood Country Club has a very nice golf course, but due to the storm, most of the trees had been stripped limb from limb. The day after the storm many families went down and excavated the branches. We used rangers and golf carts to pull trailers full of branches to the creek to make a burn pile. There were volunteers working skid steers and other equipment to help push the branches into to creek. The Country Club expressed their thankfulness greatly due to them having lost their greens keeper the week before the storm. 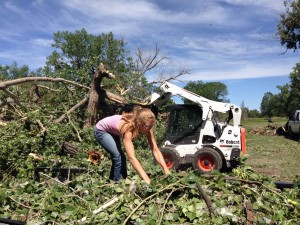 Many residential houses and apartments were affected by the storm as well. Tree branches, shingles, trash, and other debris were decorating the lawn the next morning. I saw this an opportune moment to help some citizens by raking their lawns. I hit up a couple apartment complexes asking if they would mind some service, and all were more than appreciative. 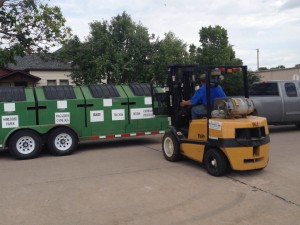 One a sunday afternoon I decided to help with the recycling. I met Corey Castens at the recycling center and learned about his job. We sorted and labeled the boxes first. Then he picked the bins up off the trailer with the forklift, brought them inside, and hung them over correlating box. Once in position, I used a rake to pull the recyclables out. I felt good keeping the Earth green. 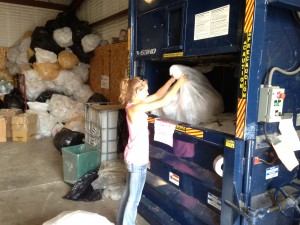 To finish my community service off, I spent a day at the fairgrounds doing various jobs for our extension office. 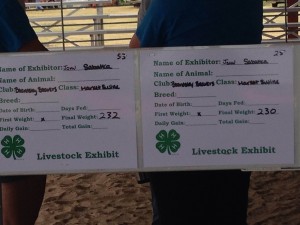