For my community service project I decided to help out at the Tripp’s Harley Davidson party. This party was different than you would think. This party was not all about motorcycles it was about getting people out there at the shop to donate blood! Yes, coffee memorial blood donation truck was there to get donations of blood. The reason I decided to help out at this event was because I always pass by the Harley shop and there is always stuff going on there, so I thought I go stop by that one day and ask if they needed any help.  In this community service I rotated around each section of this event. I started off helping out at the grill out. Helping serve food to costumers and directing them to helping donate blood at the blood truck and going inside the Harley shop to see all the great deals they have going on. I saw a lot of people actually donating blood so I decided to go donate too. The experience of donating blood was amazing especially in a truck. After donating blood I saw many customers going next door the hotel, so I decided to follow them. Turns out that everyone was wanting to stay over for the Tripp’s party that was going on the next to two days.  I asked the manager at the front desk of the hotel if they needed any help and they said yes! So they allowed me to help check in guests and make keys’ ended up not leaving the hotel until midnight at shift change. It was kind of different services what I initially started off with but it was fun because it was all somehow connected to the Harley party. The best part was encouraging people to go donate blood at the blood truck. There was not a really challenging part but I would have preferred to help out at the blood donation truck more than I did at the shop and hotel. I gained a lot of confidence in the experience because I was nervous about donating blood but it pushed me to donate because everyone else was. 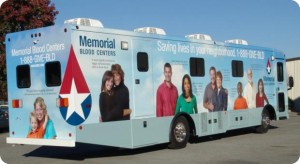 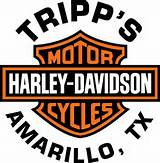