I spent the last two weeks working at a camp for kids as community service. The first week we had kids as young as 8, having just completed 2nd grade, to kids that just completed 5th grade. There were around 30 kids in total for the first week. The second week we had kids from just completing to 5th grade through those who had completed 8th grade. The second week of camp we had over 60 campers. Needless to say, I’m pretty exhausted! The first week I was camp nurse/dorm leader. I’ve volunteered at this camp for the last 10 years, I went 2 years as a camper myself and every years since I’ve volunteered. The first couple years I helped as a junior counselor and worked in the kitchen and the last five years I’ve been camp nurse. My primary goal is making sure that kids who need meds get them, and those that don’t keep hydrated. We keep the kids active and running around and a lot of times they forget to drink water which just creates kids who have headaches and don’t feel well, so I make sure and push water. The second week I was just a counselor/dorm leader. I was a little anxious because it’s literally been years since I’ve just been able to hang out with the kids all day. Both weeks I helped with the music team, and made videos for the camp website, so running around was something I became used to. It’s exhausting but very rewarding! Me and a friend woke up each morning around 6am and went running, partially to clear our heads and start our day before all the campers, and partially for some “adult time” where we didn’t have to monitor our big vocabulary. (I’m not someone that thinks I use big words a lot, but trying to explain words like “context” to a 2nd grader is really difficult). The kids had to be awake by 7:30a and we had flag raising at 8a and basically didn’t stop until lights out at 10/10:30p, and then of course when the campers were in bed the counselor’s all got ready for bed, so we didn’t get into bed until 11p or after most nights. And that’s a decent time unless something goes wrong; like the first week when all the campers got into a tick nest during our evening game and all the counselor’s had to check them– we called it “Tick Infestation 2k16.” Most of the campers handled it well and didn’t freak out too much, but half the girls didn’t know what ticks were so for the rest of the week any bug (even flying ones) suddenly became ticks.

It’s fun to go and spend a week (or in my case two) with the campers. Most of them come from great families but there are those that don’t, and being able to show them that someone cares about them and that we want to spend time with them, is something immeasurable in my opinion. There are countless moments at camp when I realize how fortunate I am, for even simple things like having food to eat, some of the campers don’t always have food. Some of them don’t have parents and are being raised by grandparents or they’re in foster care. I think when you go and serve somewhere, whether it be a camp, or a soup kitchen, or something similar, it puts a lot in perspective 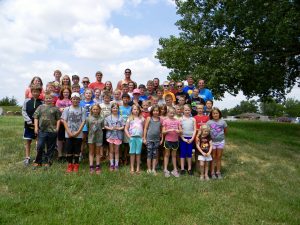 Week 1 video I made: https://www.youtube.com/watch?v=keLfoQcu9I8 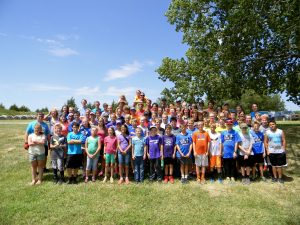 Week 2 video I made: https://www.youtube.com/watch?v=-x41LOnLso0