Lubbock, Texas is not a place to be spared from this effect. Lubbock is a semi-arid region that lacks large sources of surface water and boasts a surplus of wind and dust. However, if a person is willing to brush away the dust and squint through the wind it can be a place of great beauty. Lubbock is located in the high plains and conjured images of a “sea of grass” in the minds of early explorers. Whilst the confine of Lubbock County does lack any dramatic topographic change, this is merely another defining factor of the area. The topography that does exist would eventually define the area, not by the earth forms themselves but on the effect they had on water. The cultures of arid regions shape themselves based on the availability of water and Lubbock is no different. The playa lakes that dot the region are indeed a combination of topography and soils composition and are important to the culture of West Texas, but it is the Canyon Lakes that help define the City of Lubbock. The Canyon Lakes are a series of lakes and streams that cross the City of Lubbock diagonally northwest to southeast. Along their edge are varying degrees of use from industrial structures to areas that resemble traditional park spaces. It is here that many of Lubbock’s residents congregate, exercise, and relax.

People’s relationship with the vast expanses of land in West Texas is viewable through the ways goods and families traverse it. From a historical standpoint, the railroad left the deepest mark on both the economy and the land. As the iron and wood stitched its way across the land and established itself in Lubbock the hub city began to develop. This, along with aforementioned factors, contributed to Lubbock’s rapid growth in both population and size.

The relationships the people have with their surroundings and the cultures they create as a result of those relationships is not a phenomenon unique to Lubbock. However, Lubbock’s journey from a small, West Texas township to a city who is a leader in wind energy is a distinct one when examined in the context of West Texas cities and cities in general. 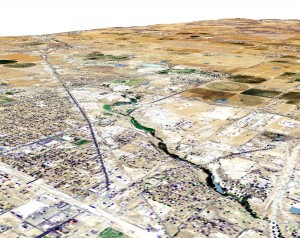 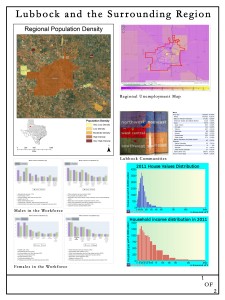 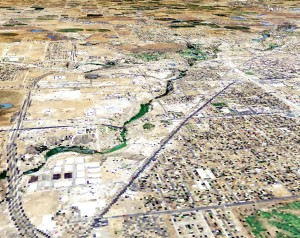