With the Swisher County intern project we go to different areas in the community and from June 26th thru July 5th I got to experience several assets of Commonwealth at the Tulia Chamber of Commerce. In Swisher County, we have several assets in all twelve categories but I will go over some that were directly evident at the Tulia Chamber of Commerce.

The one that was extremely obvious the first day was the Commonwealth asset of History. The Tulia Chamber of Commerce shares a building with the museum, library, and city hall. One day while at the Chamber of Commerce I had the chance to go to the Swisher County Museum, and boy was it a treat. there was a lot of knowledge to be gained in this museum from all the little communities that one time existed and that sadly are no longer there. To the fire on the third floor and clock tower of the original courthouse and the renovation to make it a two story 1970 modern style courthouse.

Another one I got to experience was Sense of Place, on Friday, July 30th. We had KVII Television station also known as Channel 7 broadcasted from Tulia in their hometown proud segment promoting small communities in the pannhandle. This was a great experience to see Sense of Place because a good portion of the town came out to see the commotion. We had several civic clubs come out to cook hotdogs and feed the community. They had their own Otwell brothers come out to play at the event. but was a good example of Sense of place with everyone getting allong.

Another Asset I got to experence and volenteer at was in Leisure & Recreation. On July 4th I got to volenteer putting on and running the Tulia July 4th 4 Person Scramble Golf Tournament. Where community members got to have a morning recrational activity until the evening festivities started. These were the assets I got to be directly involved in. 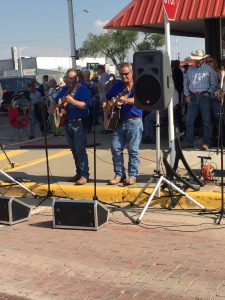 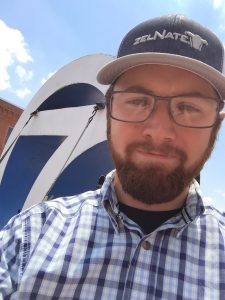