In June 2014, I visited the Catholic Museum and Archives Center of the Diocese of Amarillo.  This small brick building located in northeast Amarillo holds incredible artifacts of bishops, priests and churches that have served the Panhandle Texas region.  The archive holds a continuous history of the Amarillo Diocese.  Immediately, upon entering the building your eyes start wondering to the colors and bookcases trying to take in everything all at once.

Artifacts include the eight Bishops who served the Diocese of Amarillo, plus objects from Price College, St. Mary’s Academy, Sacred Heart Cathedral and a number of parishes, including Nazareth.

Father David Dunn, who established 16 parishes throughout the Texas Panhandle and South Plains has an entire case dedicated to him and his service.  Father Dunn was the third priest that visited the small community of Wynne, later known as Nazareth between 1900 – 1902.

On the day of my visit I was there to see select archives of some of the priests who served Nazareth.  After awing over these files, I began walking around the museum selectively taking photographs of items.  It was then that Susan Garner, who is with the Sacramental and Archival Records with the Amarillo Diocesan Archives, began showing me the astonishing artifacts from the Holy Family Church in Nazareth.  The photographs below are the artifacts she revealed to me within the collection. 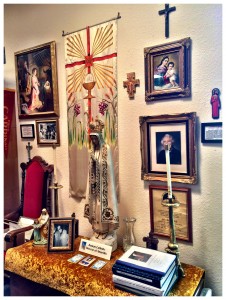 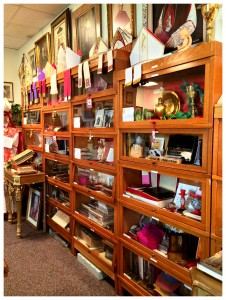 The above two photographs are a general representation of the archive and museum. 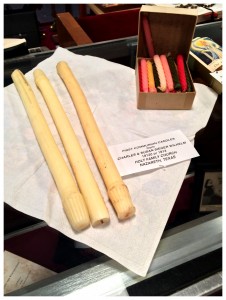 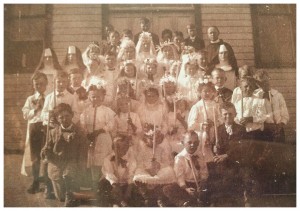 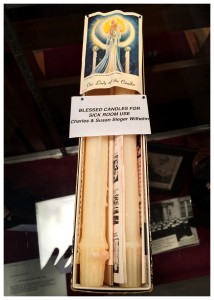 Blessed candles for the sick. 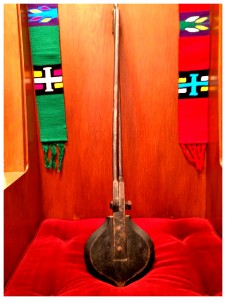 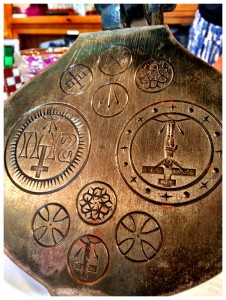 This Host Maker was used at the Holy Family Church.  The Benedictine Sisters made the Communion hosts used at Masses.  The dough was pressed inside this cast-iron mold and then baked.  According to the museum there were two host makers used at Nazareth:  a larger one that made eight small hosts and a smaller host. David Acker and Walter Kern remembered eating the bread from the hosts until 1936. 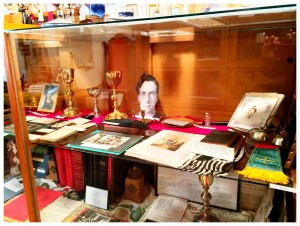 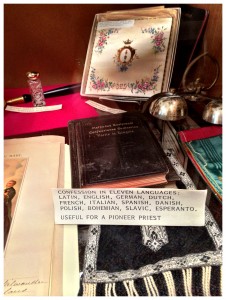 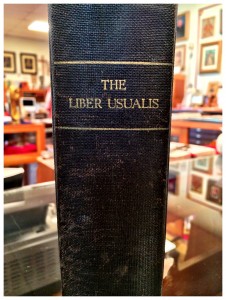 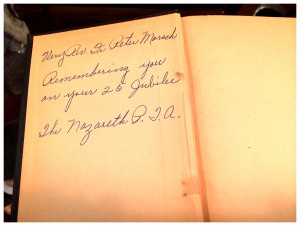 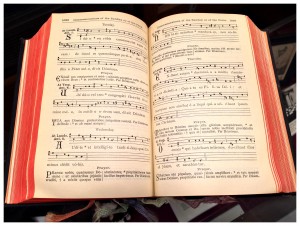 This book, titled, The Liber Usualis was presented to Father Peter Morsch by the Nazareth PTA during the 25th Anniversary of the Holy Family Church.   This book was commonly used for Gregorian chants in the Catholic tradition.