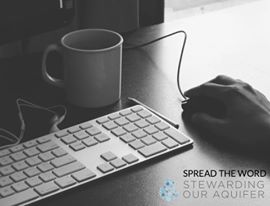 “The SOA Initiative will engage citizens living across the entire Ogallala region (which includes parts of Texas, New Mexico, Oklahoma, Colorado, Wyoming, Kansas, South Dakota, and most of Nebraska) with a focus on disseminating education and highlighting practical actions that can be replicated,” notes Darryl Birkenfeld, Ogallala Commons Director. We greatly respect the conservation work already being carried out by regional and state groundwater managers, researchers, and practitioners.  Our aim will be to complement these efforts…to collaborate on building a clearer understanding that we cannot live without water, and on finding sustainable options that fit with our semi-arid landscapes.”