Let’s just say that things got crazy in my last half of this internship.

My supervisor got a killer new job in Dallas at the top PR agency in the country so she spread her wings and took off to bigger things. I lost my supervisor, got a new supervisor, moved offices with Primitive, and started a new restaurant job twice within two months. With losing a couple Client Allies at Primitive Social, my new supervisor is not at the office full time which proved a difficult task for me at first. I was accustomed to scooting my chair to the right, seeing my supervisor, and laying ideas on the table for feedback and notes. Once we both got used to the change, it’s been easier to communicate and share ideas and excitement of new plans for the future of our projects. I spent so much time being lost and not having purposeful direction that I was beginning to grow weary. When Lacey took over as my supervisor, and Kade hired a helping hand in the office (Casey), the organization of my entire intern and apprenticeship grew crystal clear and it became second nature to take on these initiatives.

I’ve learned so much about the “real world” here at Primitive Social thus far and through Local Llano specifically. I’ve spoken with local producers, restaurant owners (leading to fantastic new jobs and great opportunities), and learned about the city in an incredibly more involved way that I could have hoped. I can’t wait to see what happens for this project in the future–it has potential to be one of the most popular blogs in the city.

Not to mention, the family I’ve made here at Primitive Social is not to be matched. We have creative and supportive minds lurking around every corner in this office, it’s been incredible to learn and grow as a media professional with this team of people. 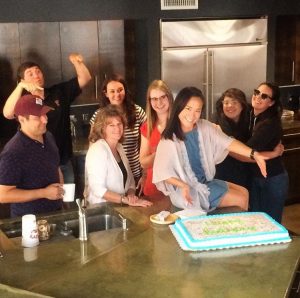 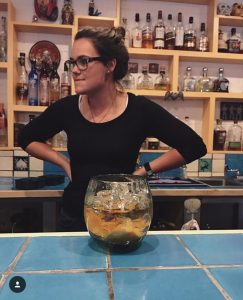